PHUKET: Officers from Border Patrol Police Unit 425 have arrested a man in front of 7-Eleven in Ratsada who was later found to be in possession of more than 10,000 methamphetamine pills (ya bah). 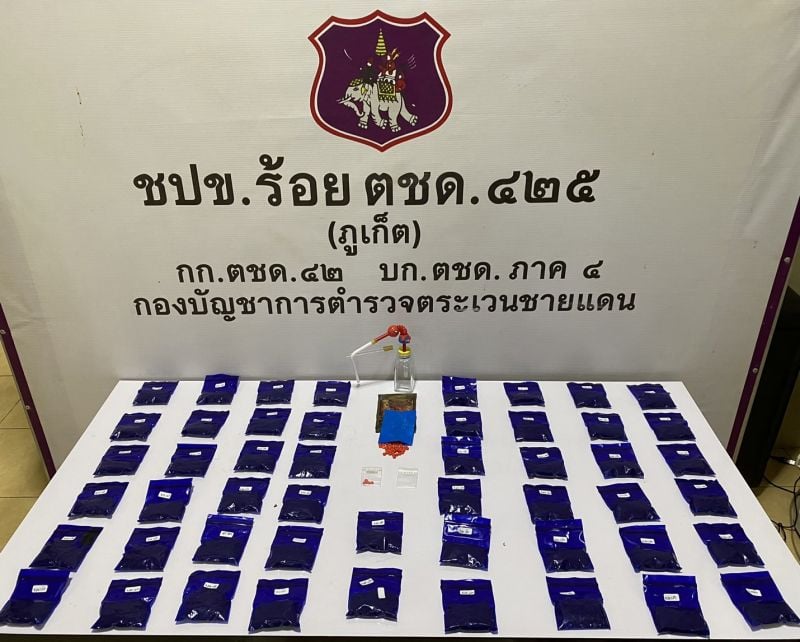 According to a report by the Phuket office of the Public Relations Department (PR Phuket), officers moved in and arrested the man in front of the 7-Eleven store in Soi Bang Chee Lao, off Thepkasattri Rd, in Ratsada.

The report did not confirm the date and time of his arrest.

Ban was found to be in possession of 10,504 ya bah pills and a plastic bag containing 0.44 grammes of crystal meth (ya ice), said the report.

The report did not confirm whether Ban had the drugs on him or whether he was deemed to be in possession from a subsequent search of any premises elsewhere later.

However, it was reported that Ban was found with one item of drug-taking paraphernalia, which remained undescribed.

Ban was handed over to Phuket City Police to be charged with illegal possession of a Category I barcotic with intent to sell.

The report did not explain why Border Patrol Police Unit 425 was involved in the arrest.