Low-cost flights may get cheaper

Low-cost flights may get cheaper

BANGKOK: Low-cost carriers are ready to lower domestic airfares after the Cabinet approved the extension of jet fuel tax reduction. 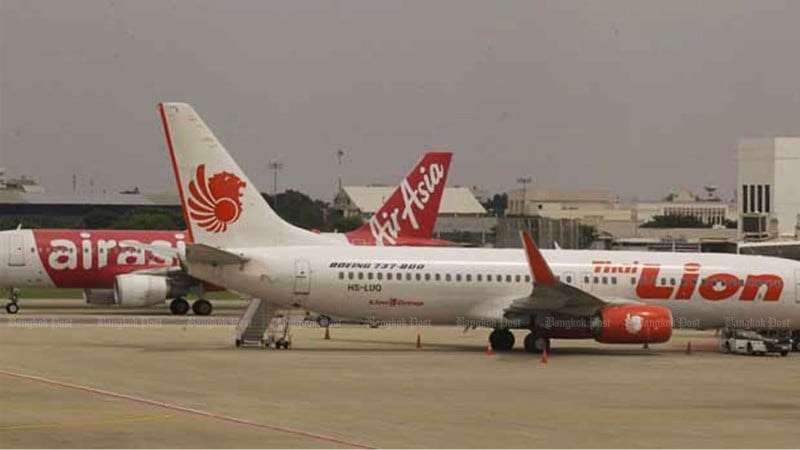 Santisuk Klongchaiya, chief executive of Thai AirAsia (TAA), Thailand’s largest low-cost carrier, said the decision from the government is good news that will help airlines save operation costs and allow them to maintain average airfare prices, reports the Bangkok Post.

If the government asks carriers to keep lowering airfares in exchange for the extension, TAA will discuss seeking practical solutions with the Transport Ministry.

Mr Santisuk said the average ticket price is quite cheap. The rate per flight is around B900-1,000 depending on the destination and booking period.

While TAA can carry on with providing domestic flights by flying 30-40 of 63 jets in its fleet and expects better performance in the last quarter of the year, the carrier still needs the soft loans, which domestic airlines have been requesting for months, he said.

Prime Minister Prayut Chan-o-cha has met airline executives and agreed to allocate B24 billion in soft loans to mitigate the impact of the pandemic. The request has yet to be granted.

“We still have weak demand for weekday flights because of the lack of international tourists who would normally fill this void,” said Mr Santisuk.

If the government would like airlines to help stimulate the domestic market by reducing airfare, TLA is amenable to considering the requests by assessing a price structure appropriate for actual operation costs, said Ms Nuntaporn.

She said average domestic airfare is B1,200-1,500, which is slightly higher than the pre-pandemic period rate of around B1,000-1,200 as the aviation industry has to depend on domestic travellers.

“The average price before the pandemic was too low as there was fierce competition. The current price better reflects the true cost than last year’s prices,” said Ms Nuntaporn.

TLA has 300 flights per week for 13 domestic routes, serviced by 11 aircraft.

She said even though the average load factor has climbed to 75%, customers demand fluctuates and is unpredictable.

The airline expects forward bookings for long holidays in November and December to be stronger, but it seems tourists are reluctant to book their trips in advance. The airline has to continue monitoring the market closely, she said.

Ms Nuntaporn said the airline is still waiting for the government’s decision on soft loans.

While the market situation has improved since April, when airlines were severely affected by the nationwide lockdown, additional funds will help improve cash flow and create breathing room for operations.

The mobile Cabinet meeting in Phuket on Tuesday (Nov 3) approved an extension of excise tax reductions for jet fuel for another five months in a move to help alleviate the liquidity of airline operators hard hit by the pandemic.

According to Finance Minister Arkhom Termpittayapaisith, the extension of the excise tax reductions for jet fuel will be effective from today until April 9, 2021.

The Cabinet earlier approved lowering the excise tax on jet fuel to B0.2 per litre from B4.726 in February as part of urgent aid measures for domestic airline operators during the outbreak. The reduction expired at the end of September.

According to Mr Arkhom, the government is estimated to lose B700 million in revenue in the latest extension.

He said the government hopes the extension would help influence airline operators to reduce ticket prices.

Mr Arkhom said the Finance Ministry will consider airline operators’s proposal to ask the government to provide B24 billion in soft loans.