Eleven local bands will take to the stage at Blue Tree Phuket on March 20 to take part in the Lean On Me Live Fest. The event is being staged to help raise awareness and funding for the food-relief programs that are feeding thousands of families in Phuket and the surrounding areas. The FUZZtonez will be performing at the Lean On Me Fest at Blue Tree Phuket on Mar 20. NAUGHTY 5 will be performing at the Lean On Me Fest at Blue Tree Phuket on Mar 20. Dasha D’Aria will be performing at the Lean On Me Fest at Blue Tree Phuket on Mar 20. N.E.E.T. and Tidy Fake Smiles will be performing at the Lean On Me Fest at Blue Tree Phuket on Mar 20. 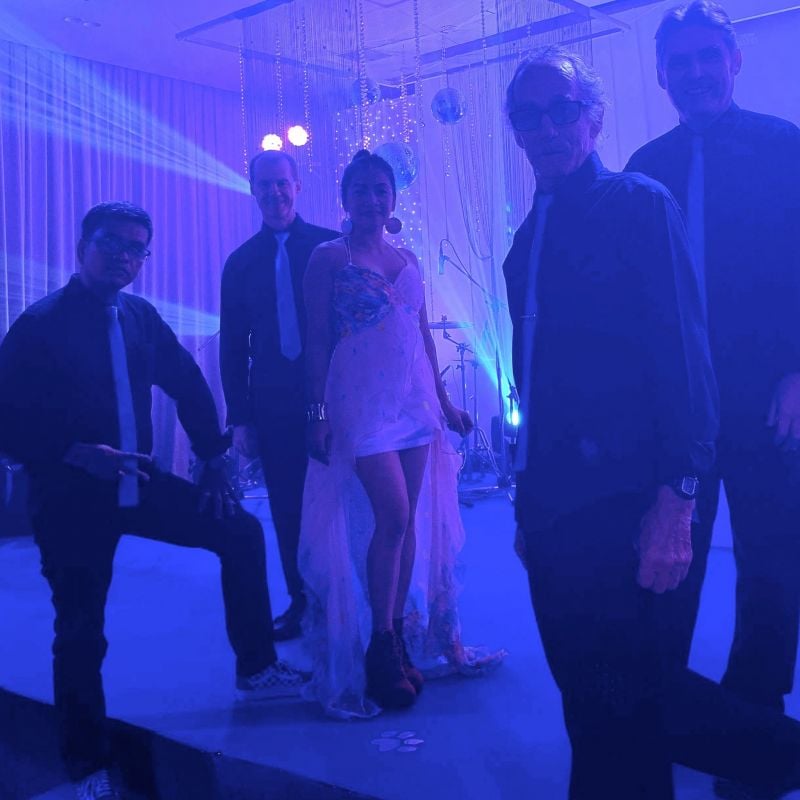 Black and Blue will be performing at the Lean On Me Fest at Blue Tree Phuket on Mar 20.

Whilst some industries have started up again, the lack of tourists to the region have meant that a large majority of the closed businesses have remained shut, and as such, many people are still left unemployed and destitute.

The local music industry is one of the sectors that have suffered severely in the wake of the Covid pandemic. Many musicians have lost their jobs, and many have relied on, and continue to rely on, relief programs to survive. Despite the hard times, throughout the pandemic, groups of musicians have lent their talents to various projects, events and charities in Phuket in aid of our local communities.

The Lean On Me Live Fest is one such project that aims to bring back the enjoyment of live music to all in Phuket, whilst maintaining a focus on the ongoing challenges that we are all facing. Centrally located, Blue Tree Phuket has agreed to host the event at its Arena. A few bands were asked if they would like to participate in the event, and once the word was out, many more offered up their services. With the organisers attempting to keep the event within manageable parameters, 11 bands were confirmed on a first-come basis.

The following bands have committed their time to the cause and they show the diverse depth of talent that lives on the island:

Furthermore, most of the bands participating in the event will be playing partial or completely original sets of music.

The event is free to all in Phuket and in addition to the live music, Blue Tree Phuket will also have a Garage Sale running on the day and there will be a variety of food vendors open around the Arena and Craft beverages will also be on tap. Patrons of the event will be able to enjoy the many other facilities that Blue Tree Phuket and its tenants have to offer.

A limited number of VIP tables set up in front of the stage will be available for groups of people to pre-book for a B5,000 donation, and a limited number of B1,000 VIP tickets will be available to the public to access the VIP balcony overlooking the arena. Both options include food and beverages. Further details can be obtained directly from the organizers at the time of booking.

The Lean On Me Live Fest event kicks off at 2pm on Saturday the 20th of March at the Blue Tree Phuket Arena. For additional information on the event or to find out how to book VIP tables and Tickets or to make a donation, you can contact the Phuket Academy of Performing Arts on admin@phuketacademyofperformingarts.com.