FOOTBALL: Liverpool maintained their 100% start to the Premier League season with a 3-0 win at Burnley to retake top spot from Manchester City, who earlier thrashed Brighton on Saturday (Aug 31). Liverpool made it four wins out of four in the Premier League season. Photo: AFP 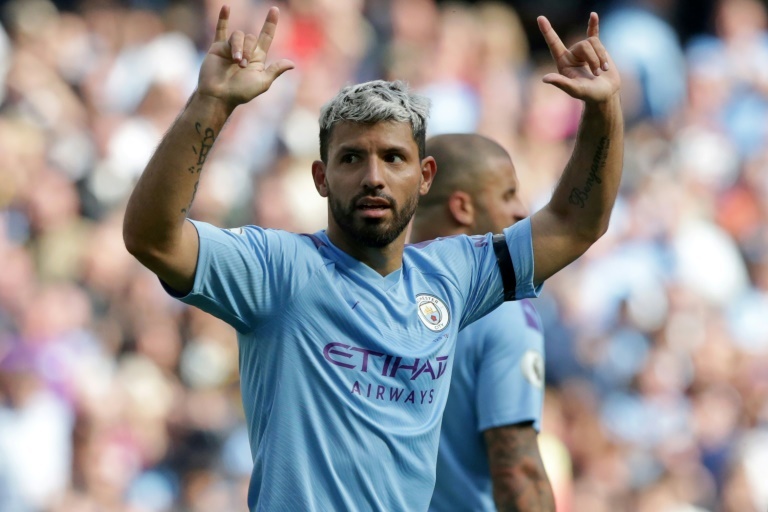 But Chelsea lost further ground on the leaders in disappointing draws with Sheffield United.

Liverpool have now won a club record 13 straight Premier League games stretching back to last season when they missed out on the title to City despite amassing 97 points.

Another titanic title race between the two looks on as Liverpool withstood an early Burnley assault before two goals in four first-half minutes took the game away from the Clarets.

Trent Alexander-Arnold’s cross looped in off Chris Wood for a fortunate opener, but Burnley were masters of their own downfall for the second as Bee Mee presented the ball to Roberto Firmino and the Brazilian teed up Sadio Mane to slot home.

City’s 4-0 victory came at a cost as influential centre-back Aymeric Laporte was stretchered off with a knee injury that looks set to rule him out for the forseeable future.

“He has gone to the hospital. Tomorrow we will know exactly what he has. I think he will be out for a while,” said City manager Pep Guardiola on Laporte’s injury.

Kevin De Bruyne opened the scoring after just two minutes at the Etihad before Sergio Aguero made the game safe by blasting high into the net just before the break.

The Argentine produced another sublime finish to curl into the top corner for his second 10 minutes into the second-half before Bernardo Silva then rounded off the scoring.

Frank Lampard is still waiting for his first win at Stamford Bridge as Chelsea manager after the Blues threw away a 2-0 half-time lead given to them by Tammy Abraham.

The Blades hit back at the start of the second half through Callum Robinson and Kurt Zouma’s own goal a minute from time earned the visitors an unlikely point in a 2-2 draw.

“We have to take responsibility, we allowed that to happen. It was on us to take the game away from them and we allowed them to get back into it,” said Lampard.

“If we can't go on and get a third goal that’s something we have to work on, this is the Premier League, it’s ruthless.”

As Manchester United and Chelsea stumble, Leicester are the closest challengers to the top two as their unbeaten start continued with a 3-1 win over Bournemouth.

Crystal Palace backed up their shock victory at Old Trafford last weekend with a 1-0 win over 10-man Aston Villa thanks to Jordan Ayew’s goal 17 minutes from time to go fourth.

West Ham also have seven points from four games as goals either side of half-time from Sebastien Haller and Andriy Yarmolenko secured a comfortable 2-0 over Norwich.

Watford got their first point of the season, but remain bottom after a 1-1 draw at Newcastle.