PHUKET: The Kusoldharm Phuket Foundation held its annual education scholarship ceremony on Tuesday (Aug 2) where it distributed a total of 313 scholarships to help local children.

charityhealthpatong
By The Phuket News 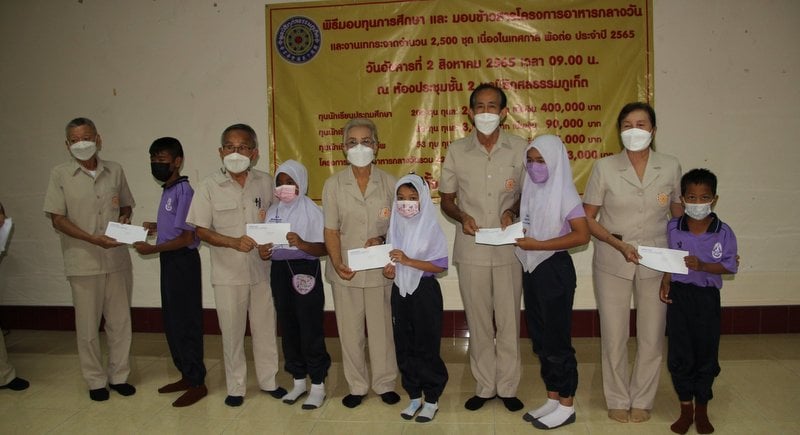 The ceremony, held at the Kusoldharm Phuket Foundation offices, was overseen by acting president of the foundation Lek Tantiwongpaisan.

Mr Lek was joined by members of the Foundation’s board of trustees as well as teachers and students from a range of schools across the island.

As part of his opening address, Mr Lek explained how the Foundation was granting a total of 313 education scholarships to students for the year ahead, which would contribute positively to helping local communities in Phuket in the longer-term.

He also detailed and praised the work that the Foundation and its volunteers carries out, principally rescue work and helping victims of accidents and various disasters, which he explained is the primary duty of the Foundation.

The Kusoldharm Foundation scholarship distribution project was created by former chairman Benjawan Tampanuwat, who recognised the importance of education.

After establishing the scheme Ms Benjawan stated that such scholarships would allow children access to education, knowledge, skills, and social awareness and acceptance, which will contribute to building a better society and help further develop the nation.
Founded in 1974, the Kusoldharm Rescue Foundation is Phuket’s largest volunteer ambulance and rescue organisation with bases across the island including in Patong, Muang and Thalang.