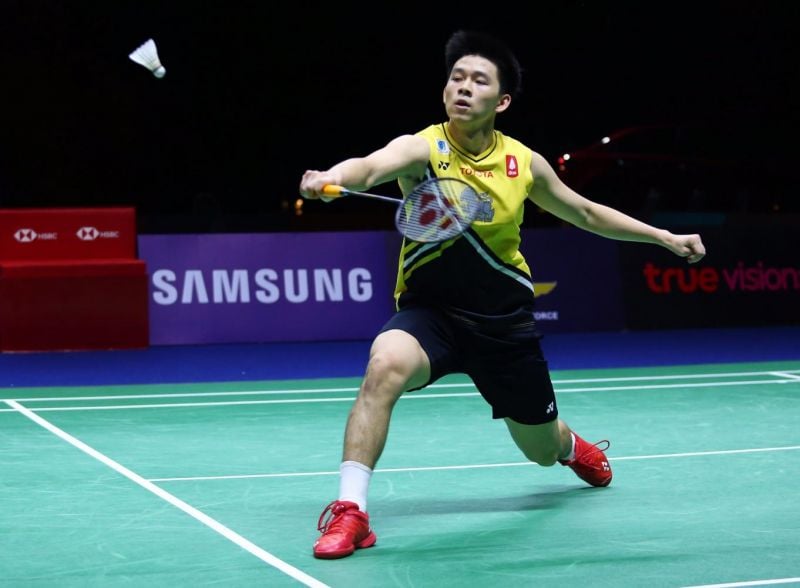 Triple junior world champion Kunlavut, who appeared in his first ever semi-final at a World Tour Super 300 event, fended off five game points in the opener but Nishimoto was just too strong for the 18-year-old rising Thai star, winning their encounter 21-18, 21-13 in 47 minutes.

Kunlavut’s defeat capped off a disappointing week for the local stars as the teenager was the only Thai player to make it to the weekend’s play of the US$170,000 (approximately 5.1 million baht) tournament.

The battle for the women’s single crown will be between top seed Akane Yamaguchi of Japan and third seed An Se-Young of South Korea.

Chen and Jia won the tournament in 2017.

Huang Kaixiang and Liu Cheng of China will battle it out against Ong Yew Sin and Teo Ee Yi of Malaysia in the men’s doubles decider.