The stunning Khao Sok National Park north of Phuket is among the national parks being evaluated for being recognised as an Asean Heritage Park. 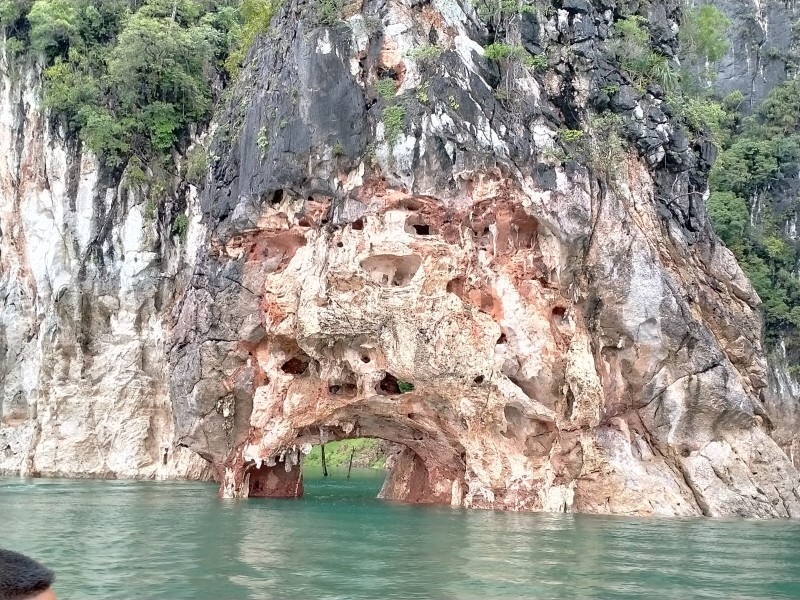 Khao Sok National Park in Phang Nga and the Tham Luang – Khun Nam Nang Non national park in Chiang Rai have both been nominated inclusion on the list of Asean Heritage Park, explained the Asean Centre for Biodiversity (ACB) in a release issued this week.

As part of the AHP nomination process, an evaluation team led by Robert Mather together with Thai evaluators Dr Dachanee  Emphandhu and Dr Petch Manopawitr visited the two national parks accompanied by representatives from Thailand’s Department of National Parks, Wildlife and Plant Conservation.

Mr Mather is the Technical Assistance Team Leader of the Biodiversity Conservation and Management of Protected Areas in Asean (BCAMP) project. BCAMP is an ongoing project being implemented by the Asean Centre for Biodiversity (ACB) with support from the European Union.

“The ACB welcomes the nomination of the two national parks, which are sources of Thailand’s pride. The evaluation conducted is part of the rigorous selection process that nominees undergo to ensure that Asean Heritage Parks remain the Region’s cream of the crop,” said ACB Executive Director Theresa Mundita S. Lim.

The Asean Heritage Parks (AHP) are protected areas of high conservation importance, preserving in total, a complete spectrum of representative ecosystems in the Asean region. These include natural or national parks, nature reserves, cultural sites, and pre-historic sites.

“An emerald treasure hidden in the Thai jungle” and “the oldest evergreen rainforest” were among the tourist descriptions of the Khao Sok National Park, the ACB noted.

“Visitors love the mystical peaks of limestone karst jutting out of the water, also colloquially known as the Guilin of Thailand, as they navigate the Chiew Lan reservoir by a longboat. The park was once selected as one of the eight most beautiful national parks worldwide by Vogue magazine,” the agency added.

Beyond its beautiful landscape, Khao Sok National Park contains important high biodiversity ecosystems including moist evergreen forest, forest over limestone, freshwater swamp forest and cave ecosystems. Its verdant forest is believed to “shelter over 300 different species of birds that have coexisted in the jungle for over 160 million years”, and includes at least seven critically endangered and 14 endangered species of wildlife, the ACB explained.

Khao Sok National Park receives rainfall from both the northeast and southwest monsoons, ensuring that the park is mostly covered by moist evergreen forest, together with smaller areas of forest over limestone, it added.

“Lying at the centre of the larger Khao Sok-Klong Saeng forest complex, Khao Sok is home to important populations of several large mammals such as elephants and tapir. It is the only known location in Thailand for the Storm’s stork (Ciconia stormi), the rarest of all storks, thought to number less than 500 individuals remaining in the wild.

“It is a major stronghold for helmeted hornbill (Rhinoplax vigil) which was recently re-classified as critically endangered on the IUCN Red List due to the impact of illegal wildlife trade. The park is also home to many endemic species of plants, including Impatiens sirindhorniae, a recently discovered type of ‘touch-me-not’,” said the release.

With only 2% of the park area being used for tourism activities, Khao Sok National Park maintains a high level of naturalness, the ACB noted.

Revenues generated from recreation activities in the isolated forest include long and short distance hiking, birdwatching, nature observation, and visiting caves, as well as kayaking or rafting while wildlife watching in the reservoir support the livelihoods of communities around the park, it added.

Utharat Suksumake, BCAMP National Project Manager in Thailand, noted that “the park provides a variety of ecosystem services to the people who live next to the park. By including this as an Asean Heritage Park, the value and the awareness among locals, as well as administrative agencies will be heightened, and thereby, will support to ensure sustainable management.”

Among the ecosystem services of Khao Sok National Park is its value of recreation. Using the individual travel cost method (ITCM), the National Parks Research and Innovation Development Centre in Surat Thani Province in 2016 estimated the annual recreation value of the park at more than B1 billion. In 2019, before the COVID-19 travel restrictions, the park earned around US$2.7 million (about B82.638mn) directly from the entrance fees, the ACB noted.

Many local people are employed in providing accommodation, food, boat transport and guide services for visitors, it added.

Mr ‘Sam’, a local guide originally from the Chiew Lan village that was flooded when the reservoir was created in 1982, resulting in the relocation of 385 families, said, “I have heard that Khao Sok is being considered for AHP status – I would be very happy if it is approved.”

He added, “I hope the COVID-19 situation improves so we will be able to welcome many tourists again – especially from our Asean neighbours.”