PHUKET: An Italian tourist luckily escaped serious injury after the motorbike she was sitting on rammed through a glass pane at a petrol station 7-Eleven in Chalong last night (June 9). 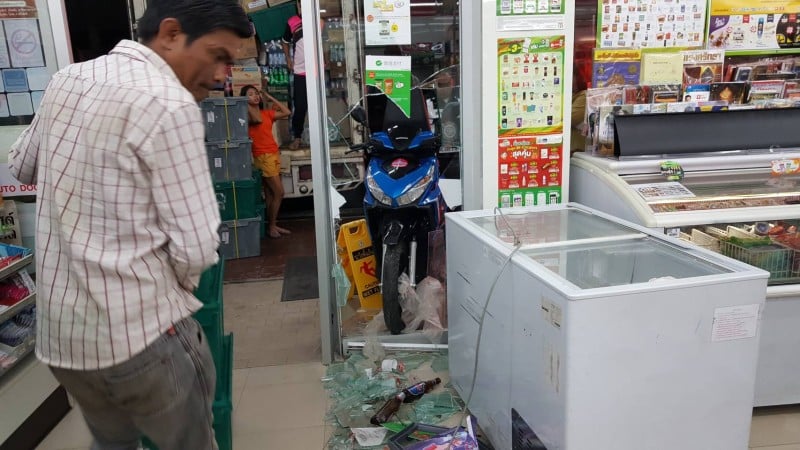 The woman, 23-year-old Citracca Ludovica from the Marche Region in Italy, suffered only minor cuts to her right leg.

Police were called to the PTT petrol station on Chao Fa West Rd at 10:15pm.

At the scene, officers led by Capt Somkiat Sarasit of the Chalong Police found a blue Honda Click motorbike with a red license plate parked halfway through a shattered glass pane beside the 7-Eleven front door, with shattered glass scattered on the ground.

Ms Ludovica told police that she had come to the store with a friend to buy some items.

Ms Ludovica remained seated on the bike, which then proceeded across the footpath and into the shopfront glass.

After Ms Ludovica was treated at the scene for her injuries, she and her friend were taken to Chalong Police Station to negotiate the damages to be paid for the breakages.