Has technology in football gone a step too VAR?

Has technology in football gone a step too VAR?

FOOTBALL: On a day of high-octane Premier League action yesterday (Sept 19) that saw 21 goals scored across only four matches it is somewhat unfortunate that the main talking point to emanate is a controversial one related to the use of technology in the game. 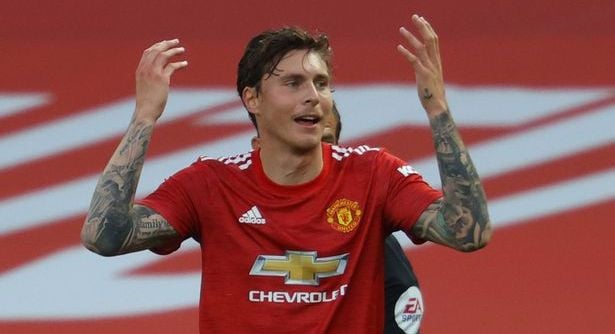 Up in arms: Manchester United defender Victor Lindelof is incredulous after the penalty decision awarded against him for handball. Photo: AFP.

The Video Assistant Referee (VAR) debuted tentatively last season in the English top flight to much derision. Its presence is even more prevalent this season and has already caused uproar.

The key incident in question happened during the 73rd minute of the Manchester United versus Crystal Palace match at Old Trafford.

Played into the left channel of the United penalty box, Palace forward Jordan Ayew’s cross flicked off defender Victor Lindelof’s chest and brushed his arm. He was no more than a few feet away and it woud have been impossible for the contact not to occur.

Play continued only for VAR to intervene a minute later and halt proceedings. A penalty was the decision, outraging United players and the management team on the sidelines. It was a harsh decision for sure.

Ayew stepped up languidly and his 12-yard effort was saved by United ‘keeper David de Gea who eagerly snuffed out any chance of a rebound. In the eyes of common sense, justice had been done.

Play continued only for VAR to once again intervene a minute later and halt proceedings. It appeared de Gea had strayed from his line prior to the kick and the penalty would have to be taken again.

This time Wilfried Zaha stepped up and dispatched his kick past the bewildered de Gea and the goal stood, providing Palace a strong 2-0 lead with only 15 minutes to go. They would go on to win the match 3-1.

Replays showed de Gea had strayed from his line but by no more than literally a couple of inches. One could argue his sheer momentum when positioning his body in order to move and attempt to stop the shot was unavoidable, much in the same way Lindelof’s running action was.

The review ruling was brought in to curtail eager ‘keepers who charge from their line, often racing several feet before the attacker has even connected with the ball, which is fair enough and makes sense.

However, in this instance it seemed an incredibly pedantic call where any notion of common sense had altogether vanished.

Rules are rules and they are to be adhered to. But there also has to be a degree of leniency and common sense factored in. During the initial offence, the ball may well have brushed Lindelof’s arm but it was nigh on impossible for him to physically prevent this occurring. The former ruling of “accidental handball”, whilst still often stirring controversy in its own right, would have been a much more suitable, and fair, approach in this case. It was an accident after all and accidents will always happen.

Football is a game played and goverened by humans, a species we all know that is always prone to make mistakes. In a way this is what generates much of the essence of the game, that controversial rulings can go both for and against your favourite team with the idea that decisions level themselves out over the course of a season providing a kind of moral compass.

As technology slowly but surely overwhelms and dictates much of our everyday lives, it is inevitable that it will factor more and more in sports. When it works there is no doubting it is a great addition – goal-line technology in football, Hawk-eye in tennis and cricket are just a few examples of where clear, definitive rulings can be made based on precise, matter-of-fact video replays.

But the shambolic VAR case witnessed yesterday was still ultimately and very much ironically a human decision, an interpretation of the law viewed via replay. The decision is still thus prone to error but now involves a frustrating interuption and pause that staggers play and momentum of a game that is based on end-to-end flow. It is encourging officials to implement laws that will harm the very way the game is played.

One could argue the rulings themselves are unrealistic and the video referee is merely adhering to protocol but, surely, an ounce of common sense would be a better option and yield a more agreebale, and fair, outcome. Lindelof and de Gea were punished for actions that are largely unavoidable when playing the game that would have been permitted but for the use of technology.

Using VAR to outlaw serious offences that are largely not open to interpretation makes absolute sense; we saw how West Brom’s Kieran Gibbs assaulted Everton’s James Rodriguez yesterday and was then sent from the field for dangerous play, and there have been numerous other examples of where the video referee has caught intentional foul play and the instigators punished.

But using it to stop play and punish players, and ultimately results, for actions that are part and parcel of the game is not only hugely debatable but grossly counterproductive.

Common sense is being lost to the cold, soulless and precise world of technology. And already it feels like technology’s role in football has gone a step too far.