Hamilton and Button on board as green machines go to extremes

Hamilton and Button on board as green machines go to extremes

MOTOR SPORT: Billed as motor-sport with a “platform for climate action”, Extreme E gets underway in the deserts of Saudi Arabia today (Apr 3) before attempting to highlight the environmental dangers posed to the Arctic, Amazon rainforest as well as oceans and glaciers. 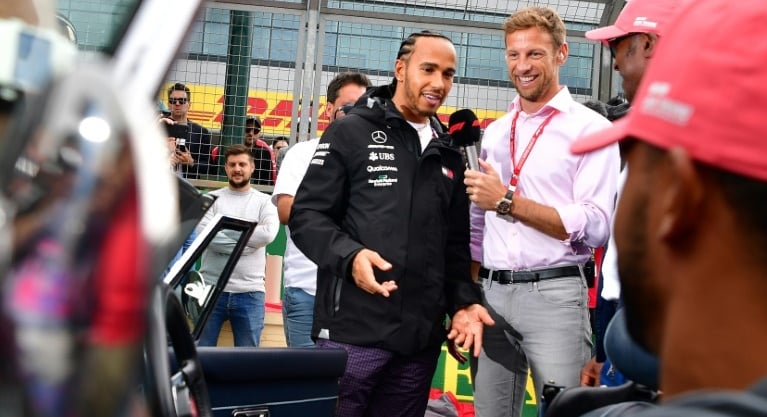 The five-round series, which has enlisted world Formula One champion Lewis Hamilton as a team owner and boasts the likes of Jenson Button, Carlos Sainz and Sebastien Loeb behind the wheel, is the brainchild of Alejandro Agag.

The Spanish entrepreneur brought Formula E to the streets of major cities around the world.

Now he hopes that the all-electric SUVs of Extreme E will draw attention to some of the world’s most pressing environmental issues.

By going to the “most remote places on the planet already affected by climate change”, Extreme E wants to “show what is happening there and take specific actions to try to help resolve the situation,” Agag told AFP.

He has some powerful ambassadors.

Germany’s Nico Rosberg, the 2016 F1 world champion, also has a team while 2009 F1 champion Button will take the wheel in his own team.

All teams feature a male and female driver, sharing driving duties equally over the racing weekends.

With two-time world rally champion and triple Dakar Rally winner Sainz, for example, is multiple Spanish trials world champion Laia Sanz, who has also taken part in the Dakar on a motorcycle.

There are five Extreme E rounds in total.

After the Al-Ula round in the sands of Saudi, the competition will switch to Senegal’s Lac Rose, Greenland, the Amazon in Brazil and the glaciers of Tierra del Fuego in Argentina.

For Cristina Gutierrez, the second woman to win a stage on the Dakar, and who will ride for Hamilton with Loeb, Extreme E is “an excellent way to show, through sport, the problems linked to climate change”.

On the sporting side, “there are going to be very short races which will lead to interesting battles.”

Each round will take place over two days - qualifying today, semi-final and final tomorrow, with two laps of a 9km course.

The driving duties will be split equally between male and female drivers.

The high-speed nature of the racing will be in stark contrast to the pedestrian journey between races and continents.

A ship, the St Helena, which once served as a command room in the battle against Somali pirates, has been refitted as Extreme E’s floating paddock.

“The ship allows us to reduce our emissions by two-thirds,” explained Agag.

On the sidelines of the five races will exist environmental legacy projects with carbon offset programmes.

For example, mangroves will be planted in Senegal and trees in the Amazon.

The series, however, cannot escape one glaring paradox with the focus on gender equality seemingly at odds with the ultra-conservative nature of Saudi society.

Women have only been allowed to drive in the kingdom since 2018.