Government urged to ramp up jabs within three months

Government urged to ramp up jabs within three months

THAILAND: The government has been urged to carry out its mass vaccination drive against COVID-19 within three months, after a recent study found a single dose of the vaccine can increase immunity against the virus by 96.7%. 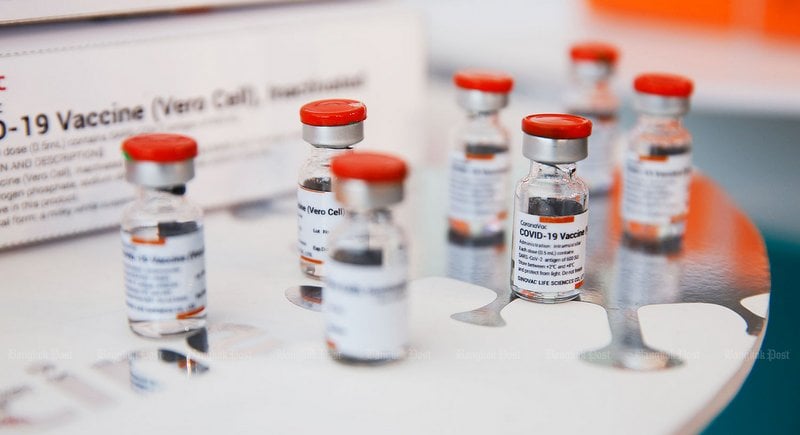 Renowned virologist Yong Poovorawan wrote on his Facebook page yesterday (May 3) that a study conducted on Thais who had received one shot of the AstraZeneca vaccine showed a 96.7% improvement in immunity against the virus when compared to unvaccinated individuals, while those who have recovered from COVID-19 between 4-8 weeks prior to testing showed a 92.4% improvement in immunity. The study was carried out on 61 individuals for one month after they received their first shot.

Vaccine recipients aged below 60 reported higher immunity than those aged over 60, the doctor said.

Their immunity would increase further and last for a long time after the second dose, he said, before concluding that the immunity conferred after one shot of AstraZeneca vaccine was satisfactory.

“Therefore the government should administer the first shot of AstraZeneca vaccine to as people many as possible, or 10 million people each month in the first three months of mass vaccination,” he said.

Public Health Minister Anutin Charnvirakul said after meeting with representatives of Zuellig Pharma Ltd that the ministry is ready to support the registration of the Moderna vaccine.

The Government Pharmaceutical Organisation (GPO) is ready to import Moderna vaccine but the private sector must confirm their orders to the GPO first, as the GPO can’t stock up on the vaccine and wait for the private sector to buy it, he said.

Paisarn Dunkum, chief of the Food and Drug Administration, said Zuellig Pharma submitted all documents last week. The vaccine registration will be completed in May, he said.