THAILAND: Prime Minister Prayut Chan-o-cha has issued a set of new restrictions taking effect today (Jan 4) in the wake of a new surge of the coronavirus, though customers are not banned from eating in restaurants and weddings are still allowed under certain conditions. 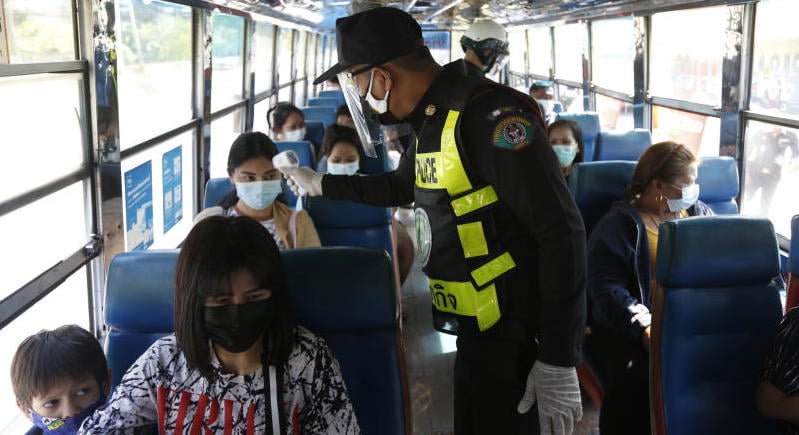 According to the announcement, a ban is imposed on the use of buildings at schools and educational institutes in red zone areas with maximum controls to be imposed for teaching and learning or activities likely to draw a crowd, except for online learning, charities, public services with permission from provincial governors, small schools with no more than 120 students, and border patrol police schools.

Activities which could transmit the virus in red zones, such as meetings, seminars, banquets, and food handouts are forbidden, except where they are carried out or permitted by authorities or they take place in quarantine facilities.

Bangkok and provincial governors are authorised to close pubs, bars and karaoke outlets in red zones. The new restrictions do not ban customers from dining in eateries, however, though the number of sit-in patrons must be limited. Alcohol consumption is not allowed inside eateries.

In the announcement, the CCSA, the Interior Ministry, and the Public Health Emergency Operation Centre will jointly consider guidelines and ensure the restrictions are properly followed in each province.

Bangkok and provincial governors have the authority to close premises, and impose restrictions in areas, premises, or on the use of vehicles or ban activities, apart from those announced by the CCSA.

Authorities will screen people who travel between provinces particularly from red zone provinces, while those who must travel to other provinces must show evidence of why they are going and undergo health screening.

Private companies are also urged to come up with work from home arrangements for employees or stagger hours to reduce the risk of transmission. The CCSA’s panel on the easing of COVID-19 restrictions is responsible for considering relaxations or more restrictions as they see fit.

The CCSA had reviewed restrictions based on the situation in various provinces, Dr Taweeslip said. “Some changes were made before being presented for approval by the prime minister,” he said.

“We have toned down our previous plan,” the spokesman said, explaining the CCSA decided not to enforce a national lockdown because of the devastation it would cause to businesses and the wider economy. “We will not lock down the country because there is an economic cost to pay and everybody will suffer,” he said. The CCSA has left room for provincial governors, including the Bangkok governor, to impose tougher restrictions beyond the new measures.

Governors serve as the chairmen of each provincial communicable disease committee. “They cannot weaken the CCSA measures but they can add more restrictions,” he said.

Meanwhile, the CCSA confirmed 315 new coronavirus cases, taking the accumulated total number of infections since the start of the pandemic to 7,694. No new deaths were reported, leaving fatalities at 64. The CCSA said 294 of the 315 new cases were locally transmitted. Of the 294 local cases, 274 were Thais and 20 migrant workers, 17 in Samut Sakhon and three in Nonthaburi.