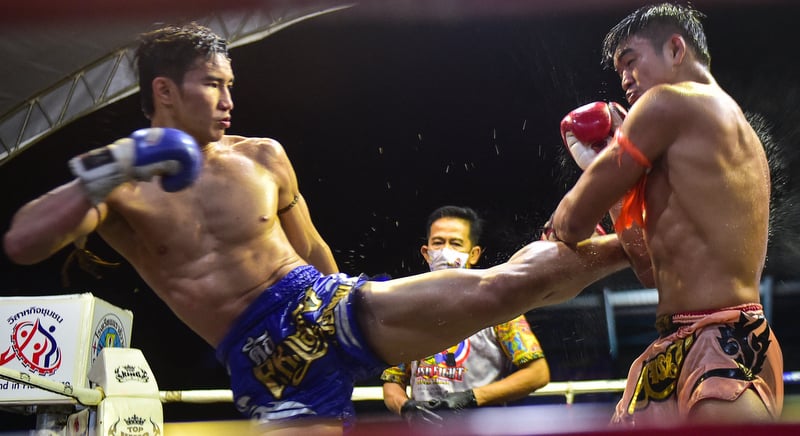 Muay Thai can generate income for Thailand as many people overseas are interested in it, says the president of the World Muay Thai Alliance Association. Photo: AFP

Gen Tunwakom Tipayajan, an adviser to the Culture Ministry and president of the World Muay Thai Alliance Association, met the premier along with Tourism and Sports Minister Phiphat Ratchakitprakarn and Secretary-General to the Prime Minister Distat Hotrakitya yesterday (Jan 11), according to government spokesman Thanakorn Wangboonkongchana.

They asked the government to help add value to Muay Thai and promote the sport among young people and further develop its reputation as a world-class martial art, reports the Bangkok Post.

Gen Tunwakom said Muay Thai can generate income for Thailand as many people overseas are interested in it.

The government should have a platform offering information and services related to the martial art such as Muay Thai schools, contests, books about Thai boxing and equipment, he said.

Thai boxing can also be promoted among elderly people as they can apply its movements for exercising, he added.

He proposed the government introduce Muay Thai curricula in all schools and organise regular events such as a Muay Thai festival to promote the martial art and to boost the domestic economy. The plan requires cooperation from various parties including the tourism and sports, culture, commerce, foreign and labour ministries, he said.