SAILING: The wind gods have been kind to sailors at the 34th Phuket King’s Cup as another full day of racing was completed yesterday (Dec 7) off of Naiharn Beach on the southern end of Phuket. 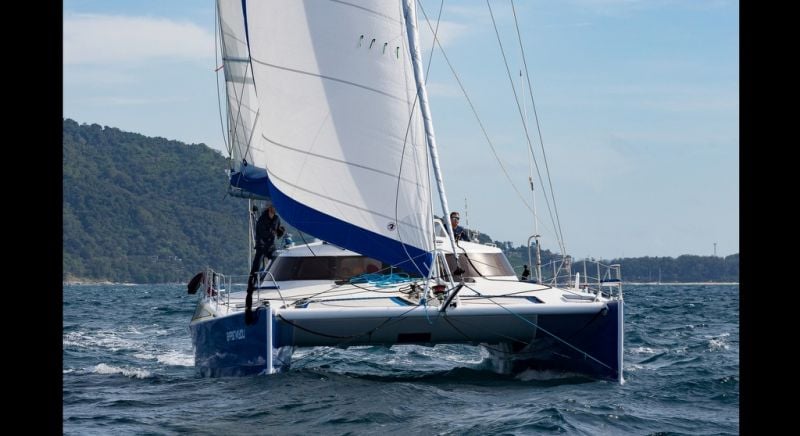 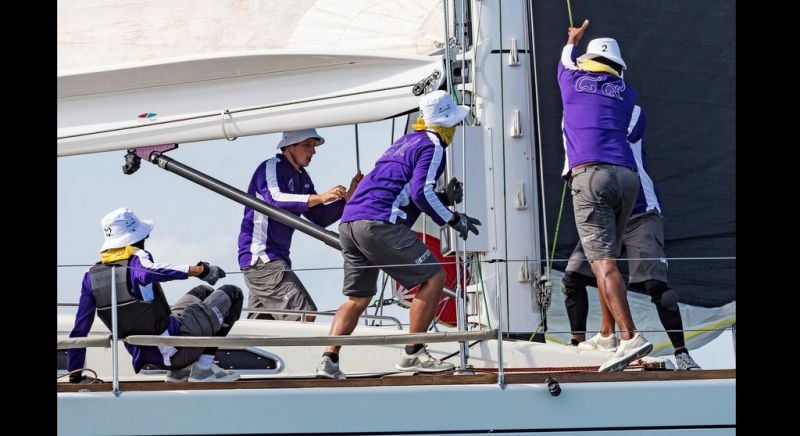 It was the third day of racing for the keelboats and multihulls as all five classes were sent on windward-leewards for the first two races and the Premier and Charter Cruising were given an extra coastal race as well.

The two TP52s (Team Hollywood and THA 72) continued their battle of the titans on the water with some very close racing, at times being less than a boat’s length apart from each other. But as sails were folded it was Ray Roberts’ Team Hollywood which claimed both victories in the class giving it a three-point lead over Kevin Whitcraft’s THA 72 with two days of racing left to go.

Sarab Singh and Nick Burns’ Windsikher finished third in both races. Both races were so close with Team Hollywood winning both by just over a second on corrected time – you can’t ask for any closer racing than that.

The IRC One class the day belonged to Kazuki Kihara’s Char Chan, which won both races with Craig Douglas’ Ramrodcoming in second twice and Garry Holt’s Let’s Get It On finishing third in both races.

Indeed, both races had a repeat order of finish throughout as Morten Jakobsen’s Hanuman XXXIX came fourth twice, Matti Sepp’s Judy came fifth twice with Craig Nichols Alright sixth as they did not race due to crew illness. After three days of racing this class is very close as Ramrod leads by a point over Let’s Get It On and two points over Char Chan.

In the Premier Cruising class, the crew on the Thai-owned X-Yacht Pine Pacific wore their distinctive purple crew shirts with the number 89 on the back in Thai numerals - the age King Bhumibol was when he passed away in 2016.

Commenting after the race, Khun Ithinai said, “We got off to a good start in the first race which had winds blowing at 18 knots and settling down to 12. Our second start was not as good but we rebounded with a good start again in race three. Overall, we were quite happy with our performance as we haven’t sailed together as a crew since the last King’s Cup in 2019 and we were forced to use our cruising sails, which are ten years old.”

The Charter Cruising Class saw Jakod Handte’s Fei Jian win the first race followed by Torben Kristensen’s Kinnon and Masami Yamashita’s Inlova. In the second race, Kinnon collided with Hermann Schwarz’ 2Fast4you, forcing both boats out of competition for the rest of the day. As a result, Fei Jian and Inlova went one, two, in races two and three. Fei Jianis leading the class with five points, followed by Kinnon with eight and Inlova in third with ten.

The Multihull OMR class saw Hang Chen’s ZOE finally claim a win as they took race two on the day (race four in this series) when Hermann Schwarz’ 2Fast4you stopped racing as a result of its collision with Kinnon. 2Fast4you leads the class by three points heading into the lay day.

Marco Polo was said to have opined that Phuket was the most beautiful island he visited on his journeys and following the King’s Cup fleet you get a sense of the grandeur the Venetian merchant experienced many centuries ago. That pristine beauty is still there and why Phuket remains one of the world’s great holiday destinations.

The regatta has always enticed foreign sailors to the Andaman Sea playground and though it still serves that purpose it now plays a huge role in the development of youth sailing in Thailand as evidenced by the 182 entries in the dinghy classes, which finished their four-day racing series on Tuesday.