PHUKET: More than 200 Honda Gold wing riders from 12 countries on Saturday (Dec 17) brought to an end a three-day event in Phuket that raised some B14 million for the island. 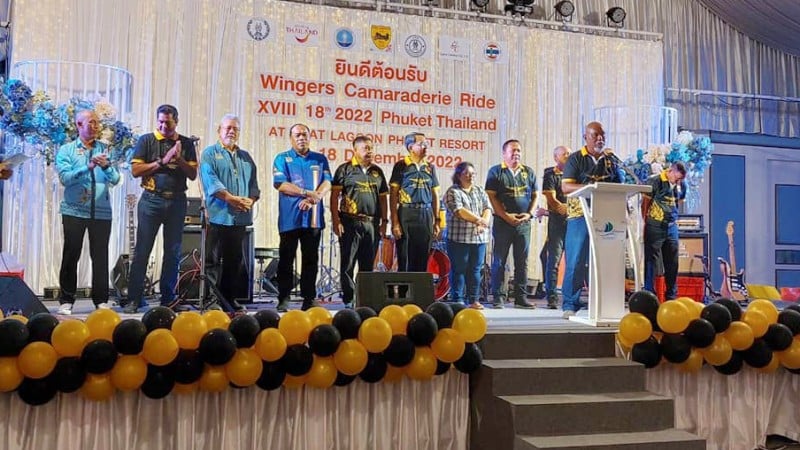 Joining the event, Rachadaporn Oin, Director of the Phuket office of the Ministry of Tourism and Sports, and Thiwat Seedobbub, Deputy president of the Phuket Provincial Administrative Organisation (PPAO).

The aim of the event was to highlight the attraction of big bike road trips through the provinces along the Andaman coast, especially what has been designated the “Andaman Romantic Route”, noted an official report of the event.

“The event promotes tourism for groups of people who love to ride big bikes to experience natural routes, traditions and cultures, as well as open up new perspectives and experiences, a new dimension of tourism,” the report said.