PHUKET: A German man escaped a serious accident with his life after the motorbike he was riding struck a sign on the central reservation at the intersection of Saiyuan Rd and Wiset Rd in Rawai last night (Jan 31).

transportaccidentsSafetypolice
By The Phuket News 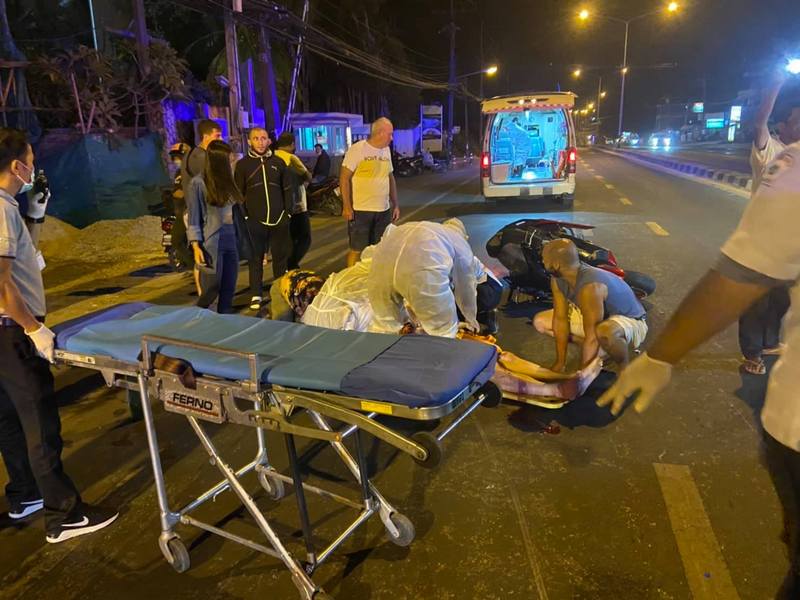 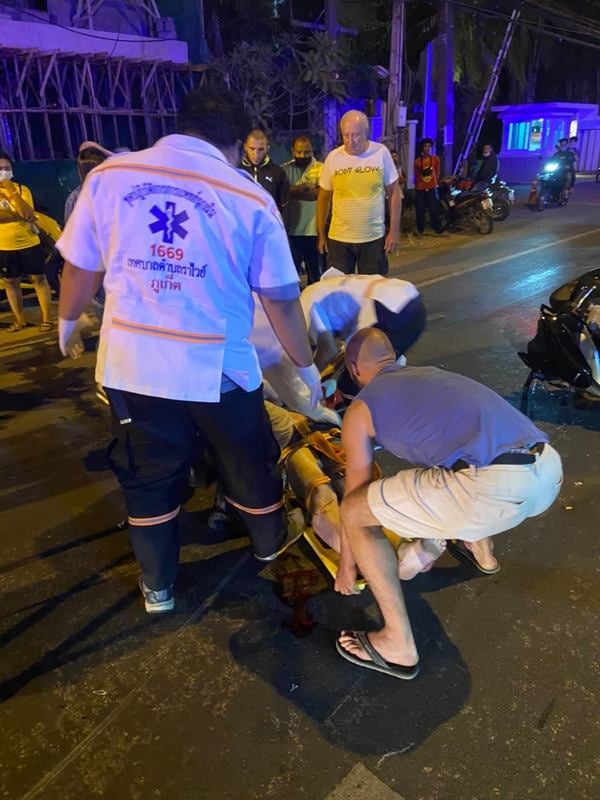 Police and the Rawai Municipality Rescue Unit were called to the scene at 10:30pm, said Lt Apidet Chomtong of the Chalong Police.

The motorbike rider, who police named as Martin Frischer, 43, was riding at high speed when he drove straight into the traffic island on the far side of the intersection while he was travelling southbound.

The impact with the traffic island and street sign launched Mr Frischer into the air at high speed, landing on the road some 20 metres from where he struck the sign.

“We believe that Mr Frischer was drunk, and that he was not wearing a helmet at the time of the accident because we did not find any helmet at the scene,” Lt Apidet said.

“Mr Frischer suffered some serious injuries and was taken to Chalong Hospital and later transferred to Bangkok Hospital Phuket,” he added.

Lt Apidet said that police had yet to confirm whether or not Mr Frischer was drunk at the time of the accident, and had yet to determine whether any charges would be pressed.