PHUKET: Police are investigating the death of a 55-year-old German expat who was found hanged in his house just north of the popular tourist area of Khao Lak in Phang Nga yesterday morning (May 4).

deathsuicidepolice
By The Phuket News 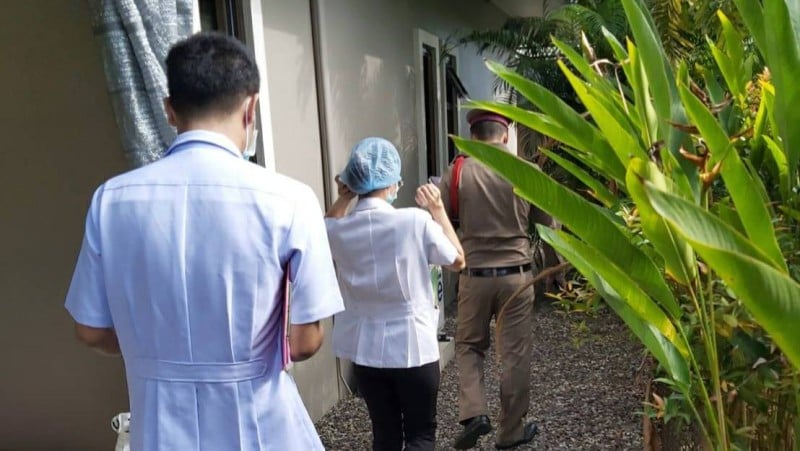 Lt Col Chatchai Sakdee from the Khao Lak Police was called to the scene, in Moo 5, Tambon Khuk Khak, Takua Pa, at around 7:40am.

The man’s body was discovered by his ex-wife, who lived next door, Lt Col Chatchai said.

The man* was found hanged by a rope tied to a beam of the outdoor area behind the one-story house. A plastic chair was nearby and blood stains were on the floor from wounds to to the man’s wrists, he added.

After the separation, the man had a new Thai partner who worked as a masseuse, he said.

“Due to the COVID-19 situation, his [Thai] partner went back home and left him staying alone in the house with his dog.

“The man’s ex-wife explained that this morning [May 4], she did not see her ex-husband walking with his dog as he did every day, so she went into his house area and found his body,” Lt Col Chatchai explained.