FISH THE EXOTIC: There was an excellent turn out for the inaugural Exotic Fishing Thailand Individual and Team events June 30 and July 6. Teams from eight countries including as far away as Canada fished hard pulling out all the stops to try to win the trophies, major prizes and, of course, bragging rights. 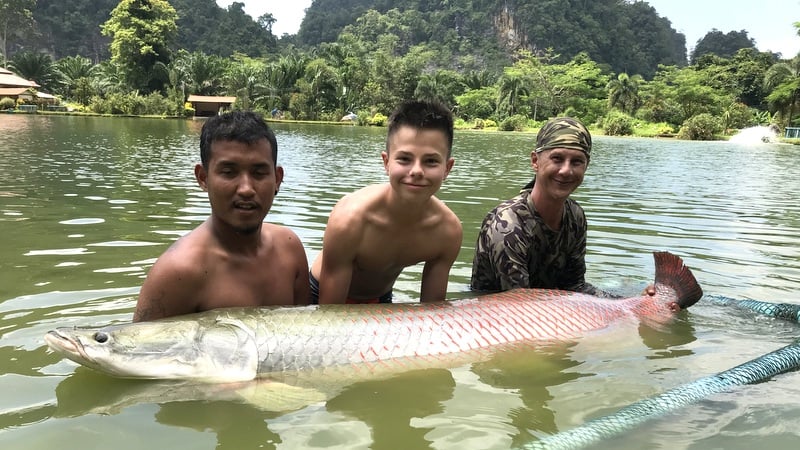 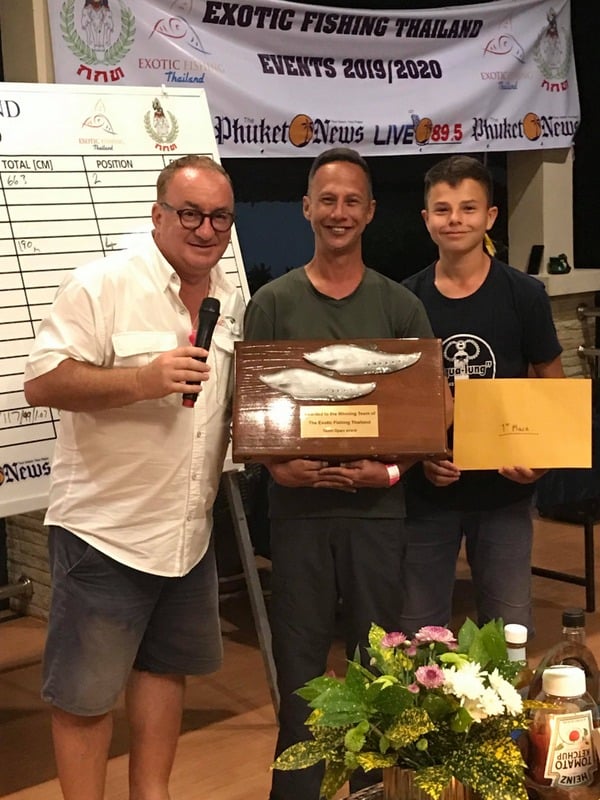 Paul Panabaker travelled all the way from Canada. Photo supplied Scan for Fish The Exotic

These events are a new concept in Asian freshwater catch and release tournaments and will be featured on a TrueVisions sports channel later in the year. The competition’s winners were the individual and team with the greatest total length of fish caught and measured between the tournament hours of 8am to 7pm. All fish remained in the water at all times to reduce any stress on them while being carefully measured.

The weather was hot and sunny for both events. Everyone enjoyed a delicious breakfast on arrival and mouth-watering BBQ after the event, put on by the hard-working Exotic Fishing Thailand catering team.

Most anglers fished the day before to get a feel for the lake and fine-tune their techniques. Some huge fish were caught prior to each event and some feared they had peaked too early.

The individual event was a close-fought battle with a lower than average number of fish being caught. Mickael Regny of France used his prior world championship carp fishing experience to come from behind for a late victory over UK angler John Pearce, followed closely by Lewis Janes, also of the UK who lost a last-minute fish which would have put him in first.

The Team event had steady action all day with the lead changing hands five times. The teams drew for lake position with the first person to draw being 14-year-old Hayden Schubert of Malaysia fishing with his father Niel. Both their faces lit up when they pulled out swim number 15 as they had practiced in the same place the day before and caught two Arapaima as part of an 11 fish total.

The major battle for first was between Team Malaysia and Team Lewis Janes. Lewis was off to an early start until a seesaw battle of catches started between the two teams. Lewis lost a huge Arapaima at the net early in the day and had a few choice words to share which can’t be repeated here. He regained his composure and rallied with two Vundu catfish to take the lead with less than one hour to go. Team Malaysia remained confident in their fortunate draw of swim 15 and finished strong with a Vundu catfish of their own. More Amazon redtails and a huge Arapaima put the nail in the coffin to win the event.

It looked like locals Martin Hill and Dave Sean Thomas, both from Phuket, would take fourth place behind Thomas Engbert’s team but with one minute to go, runner up in the individual event John Pearce hooked into a two-meter Mekong giant catfish which, after a 90-minute battle, earned him fourth place

Trophies were awarded to first, second and third place teams along with prizes valued at over B1 million total for the two events which were paid out to all competitors. Everyone was a winner and left with smiling faces vowing to take first prize next year at the second annual event series.

Next year’s events will be two-day events taking place June 27 and 28 and July 4 and 5. Each day different swims will be drawn to make things even more interesting. We already have several bookings so best to book early. Details will be in The Phuket News next month or watch our Facebook page for details.

Also, watch our media sources for our next event which will be our B1.5mn tagged fish event running from November 1 to March 1. Anyone can enter and show off their fishing skills to win the most prizes ever offered in any Asian catch and release freshwater event.