PHUKET: A former Phuket Democrat MP yesterday (Jan 18) filed a complaint to the Phuket Governor for delays in the construction of the Chalong Underpass.

tourismtransporteconomicsconstructionland
By The Phuket News 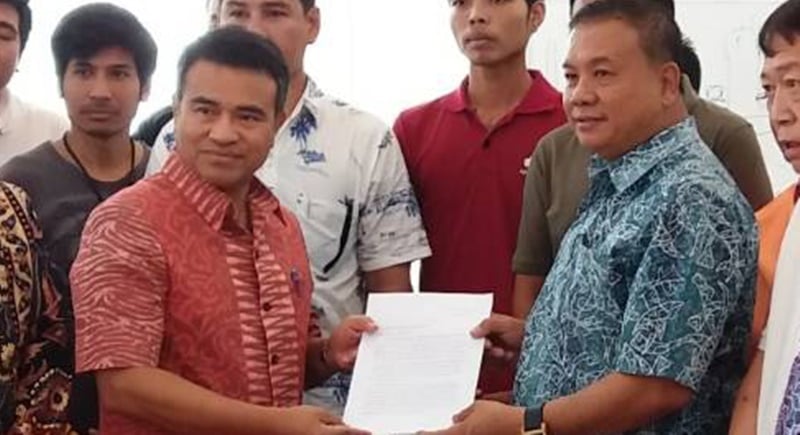 Former Phuket Democrat MP Raywat Areerob together with Chalong Mayor Samran Jindaphol met with Phuket Governor Norraphat Plodthong at Governor House in Phuket Town to file a compliant about the ongoing delays in construction of the much-awaited Chalong Underpass.

“Construction started more than 14 months late due to problems various problem the constructors said they encountered.

“The Highways Department paid all expropriation costs for land at the construction site and they completed the handover of the land on around Jan 15, 2018,” Mr Raywat explained.

“Since construction started Rawai Municipality have received numerous complaints from residents and business operators about traffic jams at the construction site.

“In a meeting on Dec 26 last year, it was said that construction was to be complete by April 2019.

“However, road users who pass the construction area to reach Chalong Circle, Rawai, Kata, Karon, Chalong Bay and other areas in the south of Phuket do not believe construction will be finished by April 2019.

“It is also to help push construction to be finished as soon as possible,” Mr Raewat added.

In response to receiving the complaint, Gov Norraphat said, “We will contact relevant offices to find a solution in order to solve problem as soon as possible.”