BANGKOK: Confusion over reopening timelines has spoiled the chance for the tourism industry to rebound during the upcoming high season as inconsistent policies damage the country’s credibility and international tour operators refrain from planning packages until policies are confirmed. 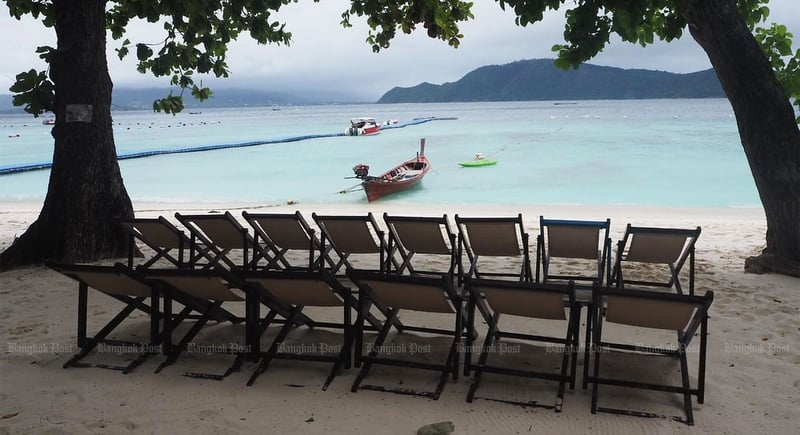 The reopening plan for five areas - Bangkok, Chiang Mai, Pattaya, Hua Hin and Phetchaburi - faced another setback after the Centre for COVID-19 Situation Administration (CCSA) decided to put off the starting date from Oct 1 to Nov 1.

For Pattaya, Hua Hin and Chiang Mai, this was the third postponement from an initial reopening schedule of mid-September, all attributed to a vaccine shortage, reports Bangkok Post.

Tassapon Bijleveld, executive chairman of Asia Aviation, the largest shareholder of Thai AirAsia, said the move affects both the private sector and nation’s tourism image because a reopening timeline of October was already set, with people and companies adjusting their plans.

“Airlines had started to invest in service maintenance and recruit staff to prepare for new flow of tourists,” said Mr Tassapon. “It costs a lot for any business to restart, particularly during a liquidity crisis when every baht counts.”

He said the government should have evaluated the infection curve in Thailand, assuring residents of reopening areas a sufficient vaccination rate and having a risk management plan in place before nailing down a timeline for each destination.

“If the government announced earlier the country would be ready for inbound tourists in December or even January, we would have no objection. We would have shifted our focus to the domestic market in the final quarter with full force,” said Mr Tassapon. “The flip-flop worsens a situation which is already somehow at its worst, particularly regarding our financial stability.”

Thanet Supornsahasrungsi, acting president of the Chon Buri Tourism Council, said companies in Pattaya have worked hard for the past 3-4 months to complete all the tasks the government asked them to prepare.

The only action companies cannot take is procure vaccines, said Mr Thanet. In the past few months, authorities could not provide a realistic vaccination plan to provide local communities proper protection.

“In addition to the vaccine shortage, some rules don’t match our situation. For example, people who work here but don’t have a household registration in Chon Buri as well as foreign workers cannot receive a jab here, which is impractical,” he said.

The postponement mars the country’s reputation as local tourism operators have already settled agreement with agents overseas that have the potential to bring in tour groups from Russia and India, said Mr Thanet.

“Nobody will listen to us again. They will wait for an official announcement, which may occur in November at the earliest, too late to capture high-season traffic as international flights often need 2-3 months notice for air traffic permission,” he said.

“It also takes that long to promote those packages.”

Tourism Authority of Thailand governor Yuthasak Supasorn said the decision by CCSA to reduce the quarantine period to seven days for inoculated visitors will help spur tourism demand upon reopening.

However, tourists still have to take costly RT-PCR tests during their time here as the Public Health Ministry does not want to use antigen test kits for the second and third tests.