PHUKET: A gas cylinder exploding is believed to have started a fire at a hostel and restaurant on Phi Phi Island earlier tonight (Feb 6). 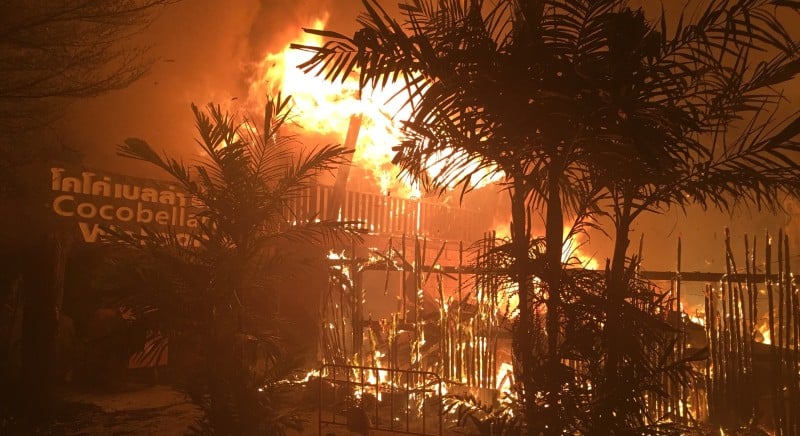 The fire broke out at the October Hostel & Resto in front of Soi Slinky at about 9pm.

The fire quickly spread and engulfed some 20 adjacent buildings, many of which later were reported have collapsed after being ravaged by the flames.

Tourists and local residents were evacuated to safe areas, including the beach.

Two people were reported as injured from the fire. All both are now at Phi Phi Island Hospital, but The Phuket News has yet to learn the extent of their injuries..

Firefighters at the scene have sealed off the area as many surrounding the buildings have collapsed while the adjacent buildings still standing have yet to be deemed safe to re-enter.