PHUKET: No injuries have been reported after a fire broke out at a Korean restaurant in the Central shopping mall in Kathu earlier this afternoon (June 24). 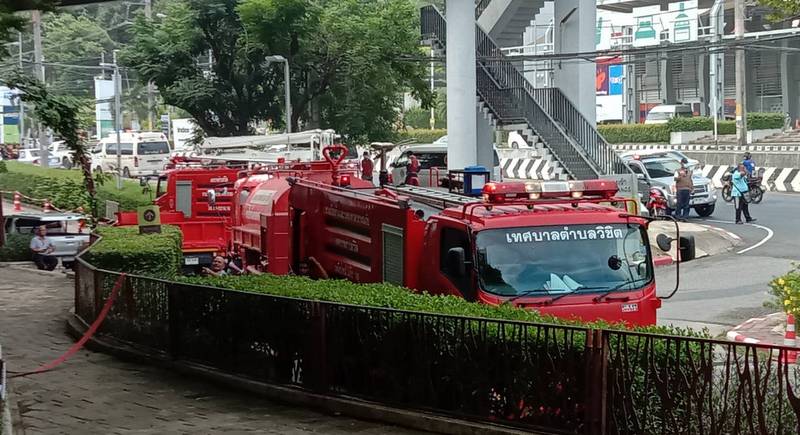 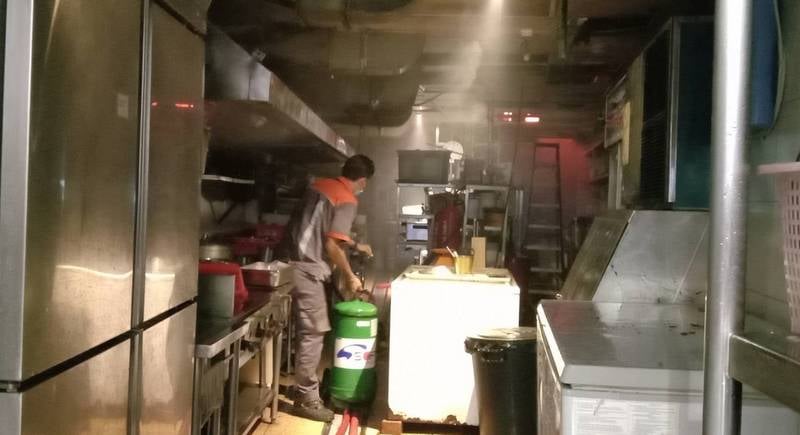 The fire appeared to have started in the kitchen of the Sukishi charcoal grill restaurant, located on the third floor of the Central Festival side of the mall.

Police and firefighters in five fire engines were called to the scene around 2:35pm this afternoon to see smoke coming out of the restaurant.

Mall security staff helped block off the area immediately outside the restaurant and firefighters were able to contain the blaze successfully within about 30 minutes. No injuries to staff or customers were reported.

Capt Chatri Chuwichian of the Wichit Plice stated witnesses told him they had seen smoke coming out of the the kitchen which then proceeded to spread into the actual dining area, sending concerned customers fleeing.

Staff from the restaurant informed mall security staff who immediately alerted the police and firefighters.

It is unsure how the fire started although from initial examinations police believe an exhaust pipe from the cooker may have overheated and ignited when it came into contact with oil. Forensic officers have been called and will disclose full details in due course.