Financial fears spur Australian sport to play on despite virus

Financial fears spur Australian sport to play on despite virus

As events are scrapped around the world to counter the threat of coronavirus, a handful of Australia’s main sports are doggedly pressing ahead, spurred by fear of financial ruin. 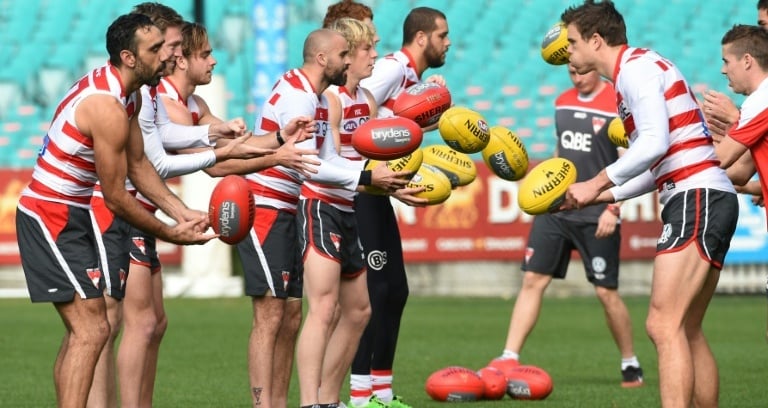 While major competitions elsewhere have suspended their seasons in hopes of curbing the pandemic, rugby league and football have chosen to continue playing to empty stadiums after the government banned public gatherings of more than 500 people.

Players from the country’s most popular spectator sport, Australian Rules (AFL), have stated they too want to carry on, with a decision still pending on whether games are played this week as scheduled.

At stake is not only Australian fans’ deep thirst for watching their favourite teams, but lucrative broadcast commitments, with television money their lifeblood.

Making matters worse, the spiralling virus threat has struck at the start of the season for rugby league and AFL – both big industries in their own right.

The National Rugby League (NRL) only kicked off last weekend and the AFL is due to get underway on tomorrow (Mar 19).

According to Sydney’s Daily Telegraph, every weekend of rugby league is worth around Aus$1.2 million (23.3 million baht) to each of the 16 clubs in TV rights, not to mention ticket sales, corporate hospitality, merchandise, and food and beverage income.

In confirming round two would go ahead without fans, Australian Rugby League Commission chairman Peter V’landys warned of dire consequences to the viability of a sport seen as part of Australia’s social fabric.

“I can’t stress enough that our game has never faced such challenges. The longer it takes, the more pressure on our financial viability,” he said.

“Our money will only last so long, and once it’s extinguished, we are in big trouble.”

Broadcasters do not have to pay if games aren’t played, the NRL said on its website, and V’landys has urged the government to help the sport as part of its nearly $18 billion coronavirus economic stimulus package.

The NRL announced a Aus$30 million (B584 mn) surplus in its most recent financial results, but its reserves won’t last long if games are cancelled and salaries still need to be paid.

Phil Gould, an influential ex-player, coach, administrator and current television pundit, questioned why the game’s financial model had not left it with a bigger war chest.

“We’ve got to learn from what we’ve done in the past and ask ourselves why we are so vulnerable as a code right at the moment because we have to close down for a season,” he said.

Some players have voiced concerns about games going ahead, saying the cancellation of global events, including the Australian Grand Prix after a McLaren team member tested positive, should be setting off alarm bells.

NRL chief Todd Greenberg said he had listened to all opinions, but “it remains our plan to continue to play games in round two this weekend”.

The massively popular AFL faces a similar doomsday scenario, with its blockbuster season-opener between Richmond and Carlton at the Melbourne Cricket Ground set to kick off with no one there. Ordinarily, they would expect a bumper crowd.

“A crowd of high 80s, 90,000, would probably return a gate of Aus$1.2 to Aus$1.4 million. That’s one game. You extrapolate that and it’s a big number,” said Richmond chief executive Brendon Gale.

In a bid to keep costs down, the AFL has encouraged clubs to make cutbacks, which will likely mean lay-offs and redundancies. Players have reportedly been asked to take a 20% pay cut.

In contrast, Super Rugby, which involves Australian rugby union teams, has suspended all fixtures while Cricket Australia, whose home season was coming to a close, did the same.

Football is not as popular in Australia as rugby league and AFL, but it has a faithful following and also intends to keep the domestic A-League going.

“The financial impact on the sport is something at some point we are going to get to,” said FFA chief James Johnson. “But our priority right now is to ensure our people are safe.”

Ten of the 11 A-League teams are Australian, with the exception of New Zealand’s Wellington Phoenix.

They face being quarantined for a fortnight on arrival in Australia, where they will base themselves for the rest of the season, and then for another 14 days when returning home.

“They’ve got to suspend (the season) and see where it’s at in a month,” he said.