FORMULA ONE: Formula One isn’t the first sport to resume from coronavirus-induced hiatus, but its 15-race, four-continent plan to return to business certainly makes it the most ambitious. 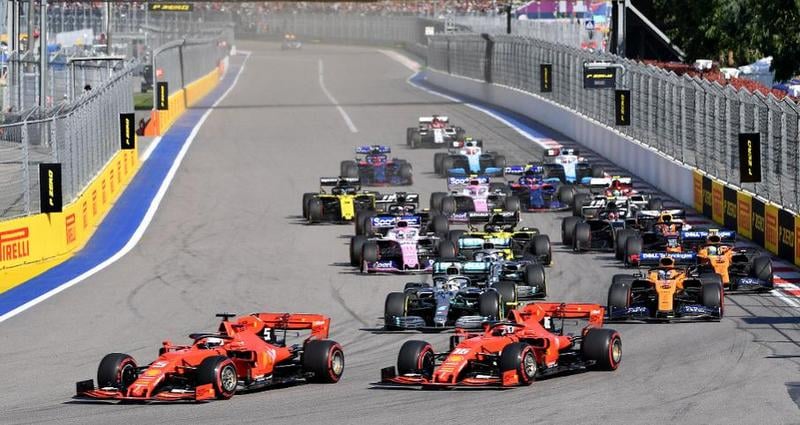 This weekend’s Austrian Grand Prix will mark the beginning of a racing schedule of unprecedented intensity. Photo: AFP

This weekend’s Austrian Grand Prix (July 5), the first of three races in a row, will mark the beginning of a racing schedule of unprecedented intensity. Eight European races are crammed into 10 weeks, and while the sport is yet to confirm the composition of its next tranche of events, its intention is to travel to Eurasia, Asia and the Americas before concluding with three Grands Prix in Bahrain and Abu Dhabi in December.

F1 is existentially wed to its international footprint. Its ‘world championship’ designation is dependent on the series traversing at least three continents, forcing it into a painful logistical challenge in a time of unpredictable border closures and lengthy quarantine times.

Adding impetus to the restart is the fact the sport cannot afford not to race. Formula One is almost entirely dependent on the dual-income streams of circuit host fees and broadcast rights, and without racing it receives neither. In turn the prize money pool runs dry, risking the collapse of independent teams reliant on championship payments. Already Williams has put itself up for sale and McLaren has sacked a quarter of its workforce. Attempting to press on is the sport’s only option.

The stakes are high, and the aborted Australian Grand Prix in March still hangs heavy over the sport as an example of the price of failure. The cancellation of what should have been the season’s first race after a positive COVID-19 test was hugely embarrassing thanks to the dithering of administrators and the race organiser, but it was also enormously costly, with Formula One forgoing the race host fee having already paid for the fruitless return trip to the Antipodes.

To mitigate the risk of failure the sport that departed Australia three months ago will look markedly different to the one that will arrive in Spielberg this week for the first of two back-to-back races at the Red Bull Ring.

Each team will be restricted to 80 personnel, reduced from upwards of 120 at the busiest races, all of which will be tested every five days. The wearing of face masks and the use of a specifically designed contact tracing app will be mandatory.

Teams will be isolated from each other and in most cases divided among themselves to reduce the risk of spread inside one team and through the paddock, and away from the circuit personnel will be restricted to their hotels and separated from the public.

The podium ceremony will be dramatically altered, and spectators will also be banned, though F1 optimistically hopes at least some fans will be allowed access before the end of the year.

‘A deep sigh of relief’

Formula One is confident these measures will be enough to keep it safe from the disease, so much so that it is adamant that any positive test, even if it triggers the withdrawal of a team, will not force an event to be called off.

And that’s to say nothing of the racing itself, which will be subjected to the unprecedented rustiness of drivers and engineers alike, who will be returning from the longest break of their professional careers.

Some predict chaos, which will add only more stress to teams already burdened by the new COVID-19 operating environment and short on spares owing to factory shutdowns.

The sport will breathe a deep sigh of relief once racing finally gets underway this Sunday, 217 days after the 2019 season ended. But until then tension will remain high for Formula One to begin its ambitious return to business.