Expat Life: One Phuket, a worthy cause

Expat Life: One Phuket, a worthy cause

Sawasdee Krab… Since COVID-19 raised its ugly head in January of 2020 over 164 million cases have been recorded globally and more than 3.41 million lives have been lost. The World Health Organization estimates that the percentage of people who have contracted COVID-19 around the world is around 10%, though that number is a conservative figure as many countries like to save face and do not disclose the actual true figures. 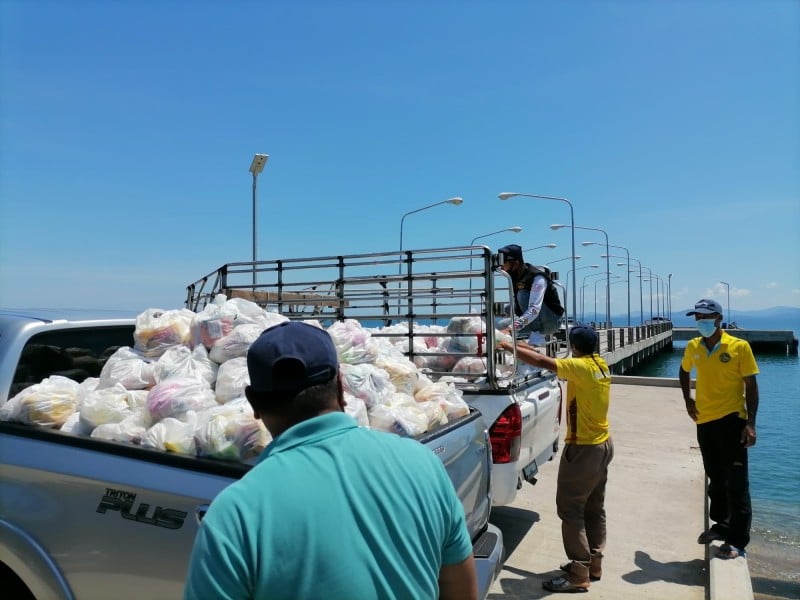 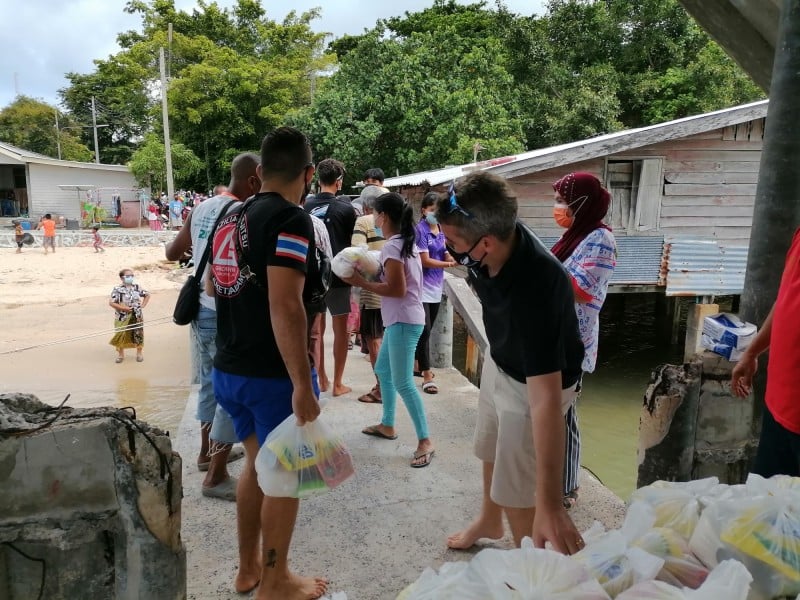 The coronavirus takes no prisoners and the true cost of the pandemic cannot just be measured in just the reported cases and deaths as the economic fallout from all of the world’s countries is going to be felt for many years after the pandemic has gone and our children and grandchildren will be the ones who will suffer most financially once the pandemic is over and it will be them who will have to pay for it.

Many countries in the world have seen their economies crash because of the coronavirus, my country of birth the UK as well as Australia, the USA and most countries in Europe have all been hit hard and each of those countries have had to pay out billions of dollars to their citizens to help them get through the crisis due to many of them losing their jobs or businesses during the many lockdowns that were ordered by their governments to try to stop the spread.

If you were lucky enough before you came to live in Thailand, to live in a country where the governments have helped their citizens during the crisis then you may have got through the pandemic virtually unscathed financially, in fact due to the many lockdowns and being forced to stay home you may even be better off financially because you were unable to go out to spend your money in bars and restaurants, buying clothes or going on holidays.

I am one of those lucky people as I receive an Australian/British pension every fortnight and I was also a beneficiary of the Australian government’s generous extra payments to help their citizens cope during the pandemic, to the tune of AUS$1,000 (B25,000) over three instalments in the past year. I recently saw a report from the USA where they said that many people are not even planning on returning to work because the money that they receive in unemployment benefits is more than what they earned when they were working, so that’s how good, the social system is in the USA, or how bad the social system is if you’re an employer looking to hire someone on a wage that is below the money that they are receiving from the US government’s unemployment benefits scheme.

Many of us expats came to live in Thailand and made it our home because we love the country and its people and we live a good life here because of the lower cost of living and climate. In my case, I retired five years ago and after trying to live on my pension in Australia for a year I discovered that my pension was not sufficient to live a decent lifestyle as there was more money going out than coming in and I was dipping into my investment funds too much and Thailand ticked most of the boxes as a retirement destination for me.

Unlike the unemployed in the USA that I mentioned, most of the citizens of Thailand have not had the same help from their government as many expats have had from their home countries and the majority of Thai people have had to go it alone financially. Many of the families who live in Phuket had already been doing it tough for over a year from when the virus first entered Thailand and then at the end of last year, they thought that the coronavirus was lessening its grip on the country and they started to plan again for the future. Then when the second wave started in January and when the third wave arrived, they had to revise their thinking, so there are a lot of Thai people hurting at the present time.

I recently heard about a group of local residents who have united to help the people of Phuket who need help the most due to the pandemic crisis in Phuket. “One Phuket” was started in February this year by a small group of expats and locals to try to help the people of Phuket by organising and delivering food parcels to families who need it most, as many people on the island are now unemployed and do not have enough food to feed their families.

One Phuket is a way for the expats in the group to show their solidarity with the people of Phuket and give something back to the community that has welcomed them with open arms to live on the paradise island of Phuket. This is a very worthy cause and for many of us who have so much compared to our Phuket neighbours it can be a way to show them that we as expats are not here just to make our own lives better but we care about the people of Phuket and are also part of their community and share their pain.

I am just an ordinary expat pensioner and I do not have a lot compared to some of my compatriots who may have had higher paying jobs with a larger superannuation pay-out or have sold their homes and businesses and retired to the land of smiles with no financial worries, but compared to many of the people of Phuket I am rich. If you can help One Phuket by donating to their cause or if you find that you have time on your hands and can offer your services as a volunteer, they would love to hear from you. Visit ‘OnePhuket’ on Facebook to get in touch with them.

See Gerald Hogg’s Thailand blog at www.retireinthailand.asia and on YouTube. After travelling the world as a chef and living in Jamaica, Bermuda, Singapore, the Falkland Islands, Papua New Guinea, the Philippines and the USA, he retired to Thailand in 2017 where he reinvented himself as an author and whenever COVID permits he travels extensively throughout Thailand and Southeast Asia doing research for his books.

Gerald has written two books in the Thai Died series of books, Thai Died...Murder in Paradise and Thai Died…Bar-Girl as well as five books in his ‘Retirees Travel Guide’ series aimed at retirees and baby boomers.

His first book in the series ‘The Retire in Thailand Handbook’ was released by London publishers Austin Macauley in 2019. Ged has also written his biography; You Will Never Amount to Anything and an historical novel about the first-time fingerprints were used to gain a murder conviction in the UK in 1905…The Deptford Mask Murders. All of his books are available on Amazon.

Phuket IVA to hold employment assistance fair
NXPO, Thai Space Settlement Design Competition join hands
‘Friends: The Reunion’ breaks records, breaks barriers
Sustainably Yours: Three green entrepreneurs
The Walrus and the Whistleblower: Heart-breaking documentary shines light on cruel corporate greed
iNoble Clinics in Phuket Expand into the Expat Market
[VIDEO] Phuket: You Should Go There #4 - Kamala
Green Thoughts: The ins and outs of fertilizers
The familiar ‘Woman in the Window’
Unleashed: To feed or not to feed...
In Memory of Daragh John O’Higgins
Accor Live Limitless partners with One Phuket
Zack Snyder brings ’Army of the Dead’ to life
Rawai Pool League steps up to save lives
Love and Monsters: An everyman’s guide to surviving the apocalypse