PHUKET: Pornthep Channarong, the corporal with the Phuket Provincial Police who was drunk off-duty when he shot 25-year-old noodle vendor Aroon Thongplab in the stomach on Bangla Rd in Patong in February, has entered a plea of not guilty and will fight the charges against him in court.

patongpoliticsalcoholviolencecrime
By The Phuket News 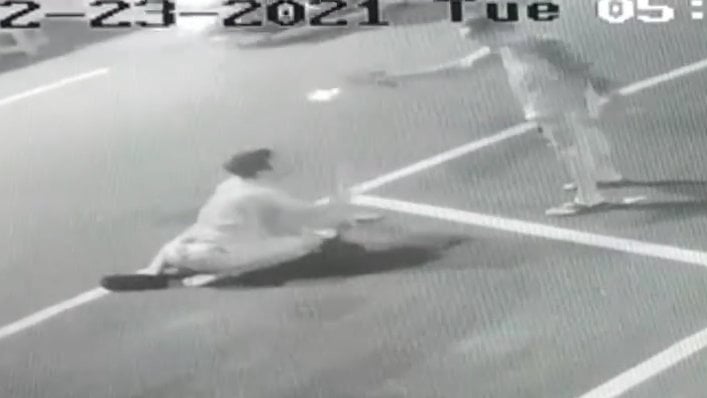 Mr Aroon was shot in the stomach by Pornthep just before 6am on Feb 23 while he was walking along the Bangla Rd after collecting a noodle bowl from a customer.

A CCTV video showing Pornthep shooting Mr Aroon and then taunting him, including playfully kicking Mr Aroon on the backside while Mr Aroon lay writhing on the ground in agony pleading for mercy, sparked outrage among the local community.

However, Pornthep has now entered a plea of not guilty to the charges against him, explained Kerdphol Kaewkerd, a Bangkok-based lawyer who is providing free legal assistance to Mr Aroon and his wife, Kulthida Chananan.

“During the first time he was being questioned, on May 19, he entered a plea of guilty to all charges,” Mr Kerdphol explained to The Phuket News yesterday (June 29).

“At that time he did not have a lawyer, so the court appointed him a lawyer because the penalty of the charges is high,” he added.

“The lawyer may have told him to confess and enter a plea of guilty for whatever reason I do not know,” he said.

“Then yesterday [Monday, June 28], the court had heard witness testimonies and examined the defendant’s confession, and he had a new lawyer,” Mr Kerdphol explained.

“He refused all charges and told the court he would fight the case. He explained that he had never had an argument with Mr Aroon and did not have any intention to kill him,” he said.

“He explained that he shot Mr Aroon as he was trying to stop foreigners from arguing. He said he fired the gun into the air three times.

“He said that naturally people would run away when they hear the sound of gunfire, but Mr Aroon walked close to the area, which is not practical. Then he shot him because he thought Aroon was a bad man,” Mr Kerdphol said.

“As he has denied the charges against and wants the fight the case, we need to restart the court process. We need to try our best to collect evidence and present it to the court,” he added.

“The court will hear witness testimonies and examine evidence again on August 23,” he said.

Asked about Mr Aroon’s condition, Mr Kedphol noted, “He has already been discharged from hospital, and his wife is taking close care of him.”

Mr Aroon was left paralysed by the bullet, which entered through the stomach and became lodged in his spine. After Mr Aroon woke from a coma, doctors at Vachira Phuket Hospital managed to safely remove the bullet, but were unable to help Mr Aroon recover the use of his legs.

After months in recovery, Mr Aroon was only recently discharged from Vachira Hospital to return to stay with his family at their rented house in Patong.

“While the criminal case continues, in terms of a civil case, I have asked for B15 million. in compensation for his paralysis, to cover the cost for living in the future, and the cost of losing opportunity and income,” Mr Kerdphol said.

“I do not know whether the police can pay that big amount,” he added.

“However, it is his right to fight the case. From the CCTV footage, I would like him to repeatedly think of the quote by Mr Chuwit Kamolvisit, ‘Su tid nae, Pae tid nan’,” Mr Kerdphol noted.

Of note, Mr Kerdphol on Monday posted a notice of gratitude to fellow lawyer Phakin Jantira, based in Phuket Town, who has been assisting Mr Kerdphol and Mr Aroon’s family.

“Thank you to my handsome brother, Attorney Phakin Phkin Jantira of Phuket Town. who come together to make merit to help those who have been bullied,” he wrote.