PHUKET: A passenger van went off-road while descending Patong Hill this morning (Sept 11), with the van coming to a halt just metres before a 15-metre plunge into a rubber plantation. 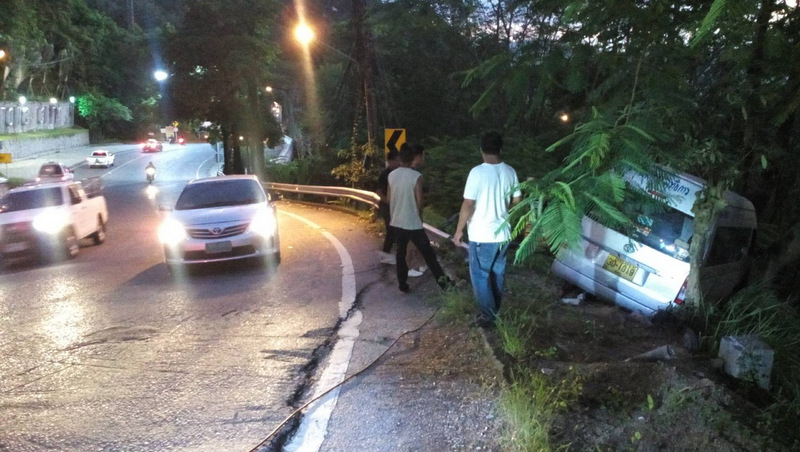 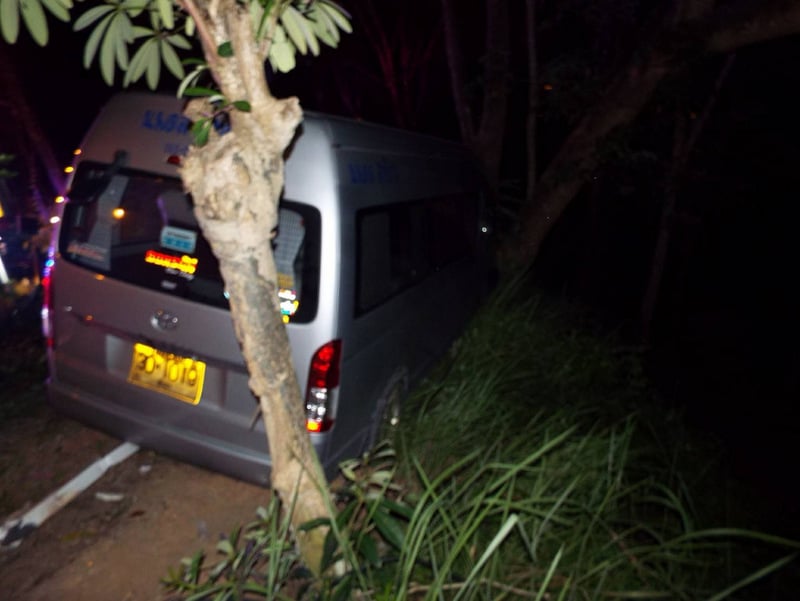 Kathu Police Deputy Chief Investigator Lt Col Amponwat Seangreung was called to the scene, at the curve just uphill from the Patong City sign on the east side of the hill, at 4:45am.

Rescue workers recovered the driver, who police have yet to name, unconscious from the vehicle and sped him to hospital.

Police said they were unable to confirm the identity of the driver as he was apparently not carrying any form of identification with him.

However, the van is registered in Phang Nga and emblazoned with the name Noppadon Suttikan as its registered operator.

The front of the van had been completely demolished at the front by the impact after bursting through the guard rail and hitting a tree.

Police reported that they believe the driver fell asleep at the wheel while driving over the hill, but added that they were continuing their investigation.

There were no tourists in the van at the time of the accident.