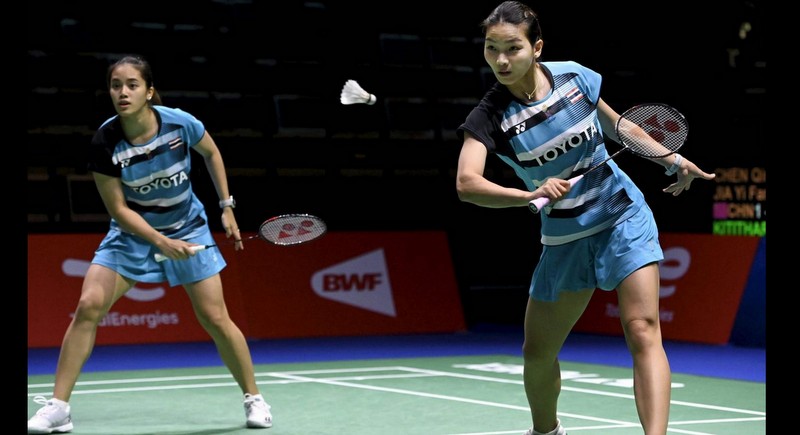 The seventh seeded pair went down to Japan’s Nami Matsuyama and Chiharu Shida 15-21, 14-21 at the BWF World Tour Super 1000 event at the Istora sporting arena in Jakarta, reports the Bangkok Post.

A day after stunning Chinese top seeds Chen Qingchen and Jia Yifan in the quarter-finals, Jongkolphan and Rawinda found their Japanese opponents too much to handle as they lasted just 42 minutes.

He plays the winner of the second semi-final between China’s Zhao Junpeng and India’s HS Prannoy.

The mixed doubles final will pit Yuta Watanabe and Arisa Higashino of Japan against Zheng Siwei and Huang Yaqiong of China.