PHUKET: More than 20 dogs have been rounded up at Ao Nang Beach in Krabi following the attack on a 5-year-old Finnish boy on Wednesday. Prime Minister Prayut Chan-o-cha broke his schedule to visit the boy, Eemi Nikula, in hospital yesterday evening (Feb 21). 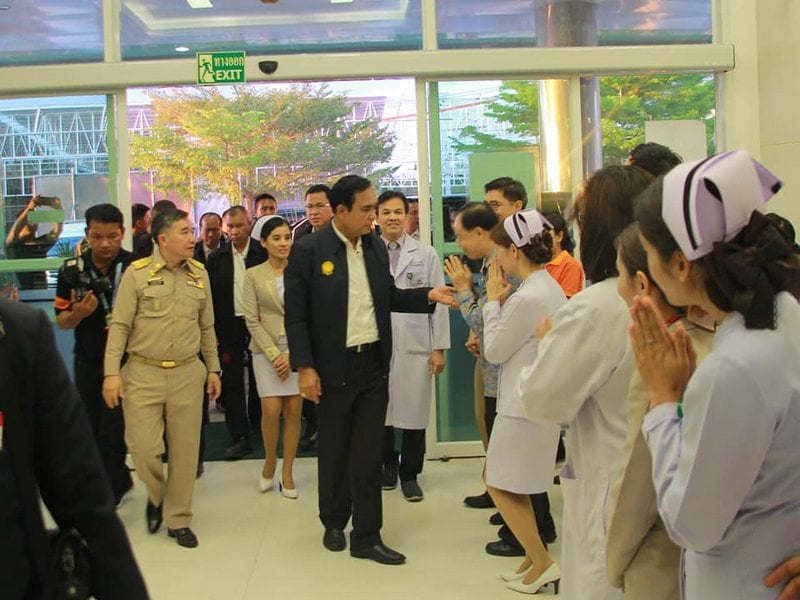 Eemi suffered scratches and bites to his torso, back and buttocks and has a wound about five centimetres long on his right calf. The most dangerous wound was a bite to his neck, white fangs had punctured two holes near his Adam’s apple.

Junelachat Junelaphet, a veterinarian with Krabi Provincial Livestock Office, told The Phuket News this morning that a team of livestock officials along with staff from the Ao Nang Tambon Administration Organisation (OrBorTor) removed more than 20 stray dogs from Ao Nang Beach yesterday morning.

“They will be held for 30 days for owners to come and collect them and to observe their condition to make sure they don’t have rabies,” Mr Junelachat said.

“All of the dogs will be sterilised and vaccinated against rabies, we will find a new home for any dogs that are not claimed,” he added.

“We had previously notified the District Office and relevant departments, but they still cannot solve the problem,” Mr Sombat said.

“Yesterday, Ao Nang district officers coordinated with district livestock officials to catch dogs around the beach and took them to a private site. All the dogs were vaccinated against rabies,” he confirmed.

“We are taking serious action to avoid a repeat of this incident. If we ignore this problem, it will affect tourism.

“Most of the dogs on the beach were left behind by the construction workers who used to be in the area,” he added.

Eemi’s medical expenses are to be covered by the relevant insurance provider, he added.

Doctors at Krabi Nakharin International Hospital said that Eemi remain in care at the facility.

“He is getting better and we have finished stitching his wounds, but we must monitor his condition for at least the next least three to five days,” a a hospital staffer said.