Digital centres to screen social media to be set up, Isoc confirms in Phuket

Digital centres to screen social media to be set up, Isoc confirms in Phuket

PHUKET: Digital centres will be set up to screen information on social media, a senior official from the Internal Security Operation Command (ISOC), the political arm of the Thai military, confirmed in Phuket yesterday (Mar 21).

militarytechnologypoliticscrime
By The Phuket News 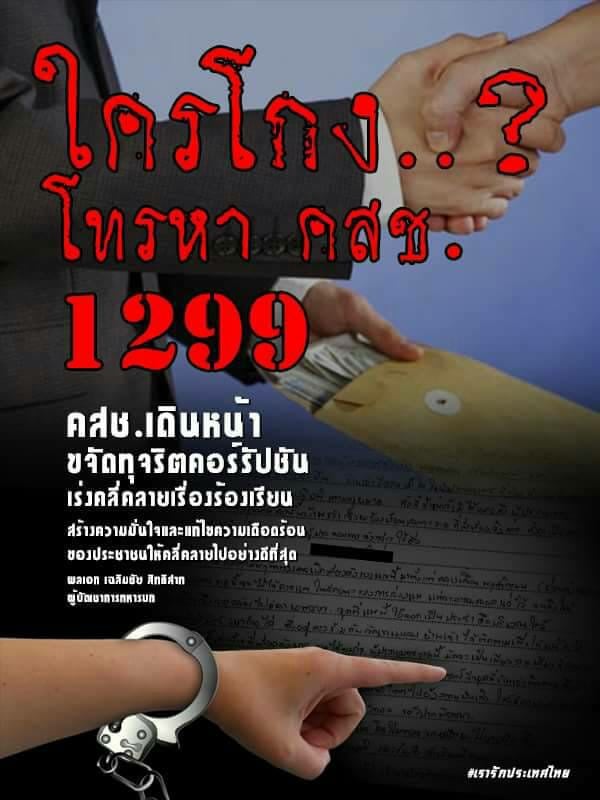 Royal Thai Army Commander Gen Chalermchai Sittisart has launched a campaign to encourage people to report any instances of corruption to the National Council for Peace and Order (NCPO) hotline 1299. Officers at the meeting covered a range of issues, including beach management, encroachment investigations, and entertainment venues and places of assembly being used for unlawful purposes or management. Photo: PR Dept

Col Tammanoon Maison (pronounced “my-son”), Director of the Information Operation Division at ISOC’s Policy and Strategy Office, confirmed the news at a meeting at the ISOC Phuket headquarters in Phuket Town.

The meeting was held to reportedly to follow up on projects of ISOC projects in Phuket.

Present at the meeting was Capt Boworn Promkaewgnam, usually reported as the Deputy Director of the ISOC office in Phuket, but yesterday reported as the head of the Policy and Strategy Office of Isoc’s Phuket office, among other officials.

“In the future, digital centres will be set up for screening information on social media,” Col Tammanoon said, according to a report by the Phuket office of the Public Relations Department (PR Phuket).

“Right now we are working with the media to publicise government policies. This information will be sent to provincial ISOC offices so they can inform other government offices and the people,” he added.

“People will be informed about important policies for future benefits,” Col Tammanoon said.

Areas covered at the meeting were identified as follows:

However, no specific details of any ISOC projects in Phuket related to these areas of interest were revealed in the report provided by the PR Phuket office.

“Phuket ISOC has launched many projects to improve people’s lives. The goal is to follow ‘Phuket City of International Tourism to be a Developed Province’,” noted the PR Phuket report.

“Phuket ISOC is responsible for checking and evaluating tendency of situations that might endanger internal security in the province. Any danger can be suppressed and countered quickly,” the report added.

Col Tammanoon said, “We admire Phuket ISOC officials for working to provide good security in Phuket. We want every agency to publicise the roles of ISOC, which is the main office that is responsible for internal security.

“ISOC is the main centre for solve problems among offices to relieve conflicts in the process of working to solve people’s problems.” he added.

Meanwhile, PR Phuket yesterday began circulating a national campaign poster for the public to report any instances of corruption via the the National Council for Peace and Order (NCPO) hotline 1299.

“The hotline is available for people to call for corruption report in order to quickly get rid of corruptions as well as to make solve people problem,” notes the campaign poster, signed by Royal Thai Army Commander Gen Chalermchai Sittisart.