Long-term Phuket expat Gary Crause takes a look at the past year of helping drive efforts to provide food for people in dire need across the island, and the ongoing efforts still much needed and still being provided by the One Phuket campaign. The efforts by One Phuket to help those in dire need continue. Image: One Phuket 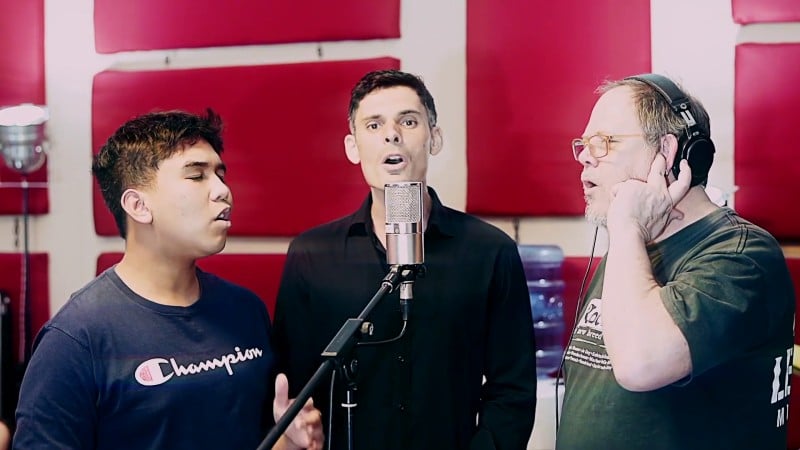 It has been a full year since a bunch of musicians and I got together to record and film a rendition of the Bill Withers hit song ‘Lean On Me’ to raise awareness and funds for the disparate food relief efforts taking place on the island of Phuket. I had been speaking with some friends that had been providing food relief where they could, and learned of a dire situation which prompted me to call my talented friends and together, do what we could to help. Naively, whilst quietly knowing it was going to be a long, long time before things would return to normal, I had hoped that the food shortage problem would be a short-term problem and with a little help, would work itself out in just a few months.

Fast forward 12 months and the food shortage situation has now increased 10-fold. Fortunately relief efforts have done the same, and the support mechanism that underpins the supply of food to the vulnerable, has become a streamlined process fronted by a group of passionate and dedicated people, all working to their strengths in a routine that seems to be working well. Daily marketing and fundraising efforts are followed by weekly bulk food purchases, Life Bag packing and distribution of the Life Bags to all areas of Phuket province and even into some parts of Phang Nga.

The establishment of One Phuket in January 2021 to bring together as many of the relief programmes as possible has worked as planned, and now sees more people being fed on a weekly basis for less of a cost per Life Bag than ever before.

Behind the scenes, many of the core group that started One Phuket, work tirelessly seven days a week for most of their waking hours to ensure that this succeeds. Not for recognition, nor financial gain, but for no other reason than the fact that we know that if we don’t, thousands of vulnerable families across the region will go hungry.

Through relentless canvassing, marketing and often a mass injection of personal funds, One Phuket has until now managed to generate on average the B220,000 per week that was required to feed the hardest hit comminutes. The third wave of COVID infections currently gripping Thailand changed the playing field somewhat, and in the last few weeks the requirement for Life Bags in Phuket has more than doubled.

Fortunately so far, One Phuket has had many private and corporate donors that have made substantial financial contributions, with many others providing core support services on the logistical side.

In an effort to make contributing as easy as possible, we partnered with food suppliers like Makro for all of our bulk food buying, as well as having a process in place with them that allows donors to pay for food supplies directly. Villa Market have also come on board with a system in their Phuket stores that highlights Life Bag items on the store shelves that customers can purchase, and then place in clearly marked trolleys for weekly collection and distribution by One Phuket.

All of the effort over the last few months seems to have taken hold. Our desire to be totally transparent regarding donations and the results of our efforts have people and companies starting to take notice of what is going on and they want to share in their willingness to physically or financially contribute. This is the light at the end of the tunnel for us, and thank God it is not a train.

For many of us that have been doing this for a while, the days become both long and short at the same time, and the relentless hustle to create content, garner donations, procure, pack and deliver food day in and day out can take its toll mentally and physically. But at the end of each tired day when we get a little time to reflect on what we are achieving, we all agree on one thing ‒ through this process we have all met the most beautiful and inspiring people from all walks of life.

And as Andrea Edwards, co-founder of One Phuket said so eloquently, “The connections and experiences that we have all felt collectively through these very tough times will stay with each and every one of us and will change us forever.”

Please consider contributing to One Phuket. Your contribution makes an immediate and positive impact on Phuket’s most vulnerable people’s lives. 100% of all donations go straight to purchasing life bags. We have no administration costs, because everyone who is helping is donating their time.