PHUKET: Arrivals from the four southern border provinces must face mandatory quarantine for 14 days after arriving Phuket regardless of whether they have been vaccinated or can prove they have tested negative for COVID-19 within seven days of travelling to Phuket. 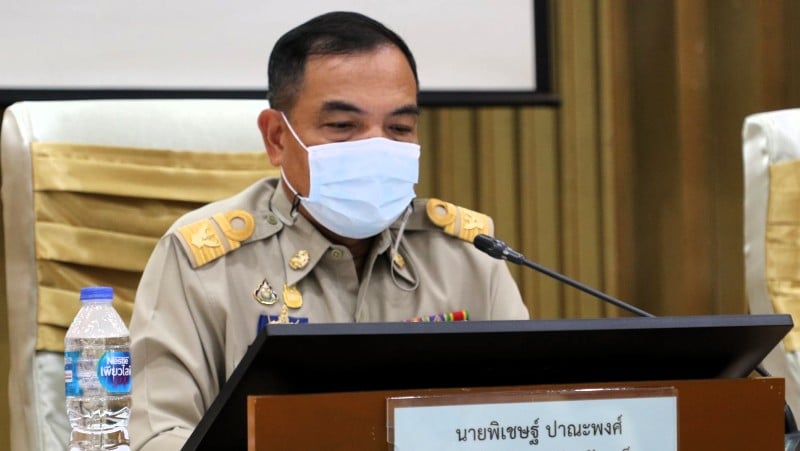 Phuket Vice Governor Pichet Panapong confirmed the mandatory quarantine for arrivals in Phuket from the four provinces ‒ Yala, Pattani, Narathiwat and Songkhla ‒ after the meeting of the Phuket Communicable Disease Committee on Monday (June 21).

The move to enforce mandatory quarantine on arrivals from the four provinces follows a  student being allowed to return home to Phuket from Yala, where he attended a school that had shut down due to a COVID cluster outbreak.

Yala, Pattani, Narathiwat and Songkhla have been designated ‘Maximum Controlled Provinces’, the secondest-highest danger rating under the new classification system brought into effect by the Centre for COVID-19 Situation Administration (CCSA) on Monday.

The classification comes as the Beta strain of COVID-19, first identified in South Africa, is now spreading quickly throughout the southernmost provinces.

Dr Apisamai Srirangsan, assistant spokeswoman for the Centre for COVID-19 Situation Administration (CCSA), explained on Monday that the cluster at the Muslim religious school of Margaz Tabligh preaching center in Yala’s Muang district, where the student had returned to Phuket from, has already spread to 402 patients across 12 southern provinces.

“Those who travel from the four deep south provinces where the virus variant is spreading must quarantine in a local quarantine [LQ] or alternative local quarantine [ALQ] venue for 14 days even though they have all three qualifications to enter the island,” V/Gov Pichet said.

“The Phuket Government will release more specific information about provinces and districts as soon as possible,” he added.

Of note, arrivals from Trang province, which borders Songkhla and is also classified a ‘Maximum Controlled Province’, are not subject to the new mandatory quarantine after arriving in Phuket.

FOREIGNERS ARRIVING BY ROAD FROM JULY 1

Vice Governor Pichet also revealed that the conditions for foreigners to enter Phuket by road will be different than for Thais from July 1.

The key criteria remain the same for both, he said.

“1. They must be fully vaccinated with two injections, or the number of doses required for each vaccine or only one injection of AstraZeneca at least 14 days [before arriving].

“2. Those who used to be infected with COVID-1 must present a document to prove that they were discharged from hospital care within 90 days before arriving.

“3. Arrivals who are unable to prove 1 and 2 must have a RT-PCR or antigen test and present a document to officers [to prove they have tested negative for the virus] at the checkpoint,” he said.

However, V/Gov Pichet said that test results documents presented by Thais will be deemed valid for up to seven days from the date they were issued.

For foreigners, test results documents will be deemed valid for up to only three days.

He did not give any explanation as to why Phuket provincial authorities were considering the documents presented differently.

“All arrivals must Install the MorChana app and turn on the location sharing at all times while staying in Phuket, and follow the D-M-H-T-T-A measures,” he said.