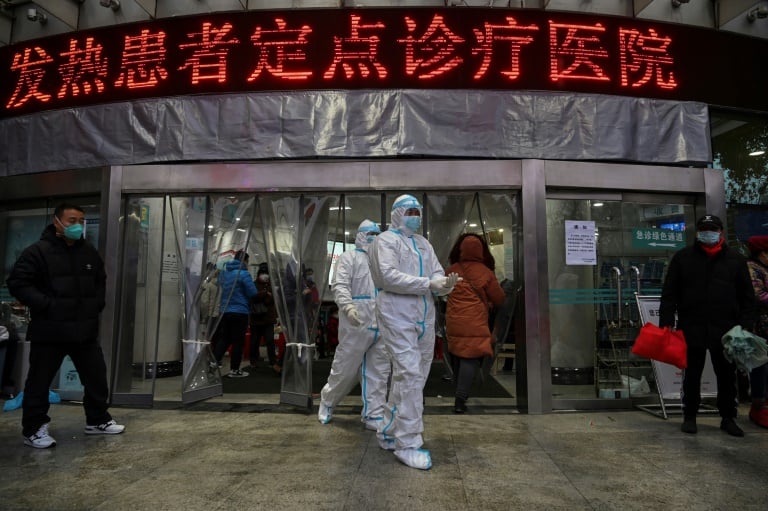 The Chinese military has deployed hundreds of medics to Wuhan, the epicentre of the viral outbreak. Photo: AFP The virus has continued to spread across China despite the drastic travel restrictions and people wearing face masks. Photo: AFP

China has locked down the worst-hit province of Hubei in the country’s centre in a massive quarantine affecting tens of millions of people to slow the spread of a respiratory illness that has killed 56 people and infected almost 2,000.

The virus has also spread around the world, with cases confirmed in around a dozen other countries as distant as France, Australia and the United States, the latter reporting its second case yesterday (Jan 25); Canada reported its first confirmed case yesterday.

Five cases have been confirmed in Hong Kong where Chief Executive Carrie Lam declared the outbreak an emergency and stated that all primary and secondary schools would be closed for an additional two weeks after the new year holiday.

29 cities and provinces in China have been affected. In the epicentre city of Wuhan, Hubei’s capital, new restrictions went into effect today banning most cars from the streets of the metropolis of 11 million.

The normally bustling streets of Wuhan were deserted this morning, with staff at a hotel telling AFP they had to walk to work.

Authorities have also started to curtail travel in other parts of the country.

Long-distance bus services entering and leaving Beijing, the capital of 20 million, were suspended on Sunday.

The neighbouring northern city of Tianjin, with a population 15 million, announced it would follow suit on Monday.

Overseas Chinese tour groups will be suspended from tomorrow (Jan 27) while domestic trips have already been halted since Friday (Jan 24).

The nationwide death toll rose to 56 after 15 new deaths, most in Hubei.

In a worrying sign for containment efforts, the country’s financial hub Shanghai this morning reported its first death from the virus - an 88-year-old man with pre-existing health problems.

The death was the first reported in a major city outside of Hubei’s capital of Wuhan, where the outbreak is believed to have originated in a seafood and live animal market.

The government has said most of the fatalities involved people already weakened by pre-existing health conditions.

Fearing a repeat of the deadly SARS epidemic of 2002-03, China has dramatically scaled back celebrations and travel associated with the week-long Lunar New Year holiday, which began on Friday, to prevent large gatherings of people.

Xi said at a Communist Party leadership meeting on the situation that China was “faced with the grave situation of an accelerating spread” of the virus.

China’s military has dispatched 450 medics, many with experience combating infectious diseases, to help treat patients in Wuhan, where hospitals are overwhelmed and medical supplies like goggles and masks running low.

Yesterday, when they should have been celebrating Lunar New Year’s Day, people waiting at one Wuhan hospital complained bitterly.

“It takes at least five hours to see a doctor,” one woman, who didn’t want to be named, told AFP.

One man in his 30s said some people had to queue for two days. Many people brought their own chairs.

Wuhan is racing to build two makeshift field hospitals within a fortnight to add hundreds of beds. Work on the first facility began Friday and could be ready in just over a week, according to state media.

Yesterday, police manning a roadblock on the city’s outskirts turned away a handful of vehicles trying to exit Wuhan.

“Nobody can leave,” an officer told AFP.

But some foreigners may soon be on the way out, with France's government and the French carmaker PSA - which has a sizable presence in Wuhan - formulating plans to evacuate staff and relatives.

Those people are expected to face a quarantine period in another Chinese city.

China’s National Health Commission has ordered nationwide measures to detect and isolate people carrying the virus on planes, trains and buses across the country.

The crisis has seen public attractions such as Beijing’s Forbidden City, Shanghai Disneyland and a section of the Great Wall closed as a precaution.