COVID-19 from Tachilek ‘under control’

COVID-19 from Tachilek ‘under control’

THAILAND: The spread of COVID-19 by women returning from Tachilek in Myanmar is well under control, with more than 6,500 at-risk people tested and only two local infections detected, senior health officials said today (Dec 9). 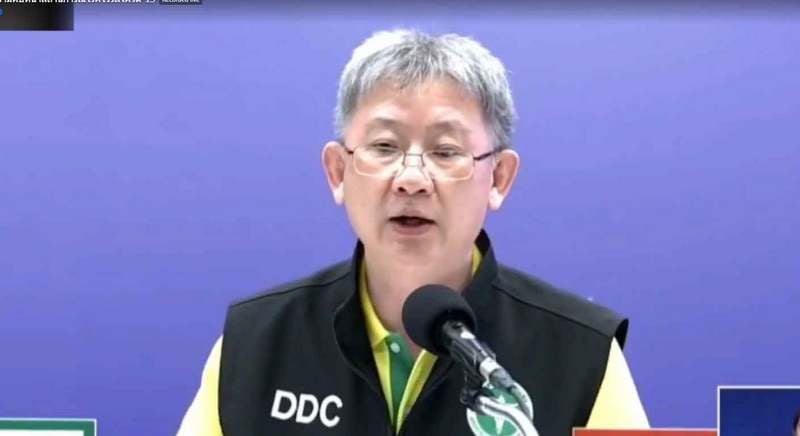 Dr Opas Karnkawinpong, director-general of the Disease Control Department, affirms that the Tachilek-related COVID-19 outbreak is under control, at a briefing at the Public Health Ministry in Nonthaburi province today (Dec 9). Photo: Centre for COVID-19 Situation Administration Facebook page.

There were now 46 confirmed Tachilek-related cases, including two locally infected and 27 detected during quarantine, Dr Taweesilp Visanuyothin, spokesman for the Centre for COVID-19 Situation Administration, said.

There were 34 in Chiang Rai province, five in Chiang Mai, three in Bangkok and one each in Phayao, Phichit, Ratchaburi and Sing Buri.

They were divided into three groups. The first consisted of 17 women who sneaked back through natural border crossings. There were six cases in Chiang Rai, five in Chiang Mai, three in Bangkok and one each in Phayao, Phichit and Ratchaburi.

The second group involved 27 cases, or 14% of the 196 people who returne through border crossings and entered local quarantine facilities. They were in Chiang Rai.

Two others contracted the disease locally through close contact with infected people. One of them was in Chiang Rai and the other in Sing Buri.

Dr Taweesin implored other people who had returned illegally from Tachilek to report to health officials for COVID-19 tests, saying 14 days had not passed since the first detected case of Tachilek-related infection on Nov 28.

The incubation period of COVID-19 is accepted as 14 days.

Dr Opas Karnkawinpong, director-general of the Disease Control Department, said that most Tachilek-related cases were in Chiang Rai and the cases over the past three days were in quarantine in Chiang Rai.

“Therefore, the overall situation is under control... There has not been a new case in Chiang Mai since Dec 5 and new cases in Chiang Rai were found with proactive operations bringing returnees from Myanmar to the (disease control) system,” he said.

About 5,100 at-risk people were tested in Chiang Rai and only one of them, a friend of a returnee from Tachilek, tested positive, he said.

Officials tested 1,469 people with high risk of infection from Tachilek returnees in other provinces and only three tested positive thanks to quick detection of infected people, Dr Opas said.

He said that tourists could visit the provinces without any worries, as long as they covered their nose and mouth with face masks, observed social distancing and regularly washed their hands.