PHUKET: Officials from the National Anti‑Corruption Commission (NACC) Phuket office are investigating the clearing of three rai of mangrove forest in Koh Kaew, with promises to take legal action if they find any wrongdoing. 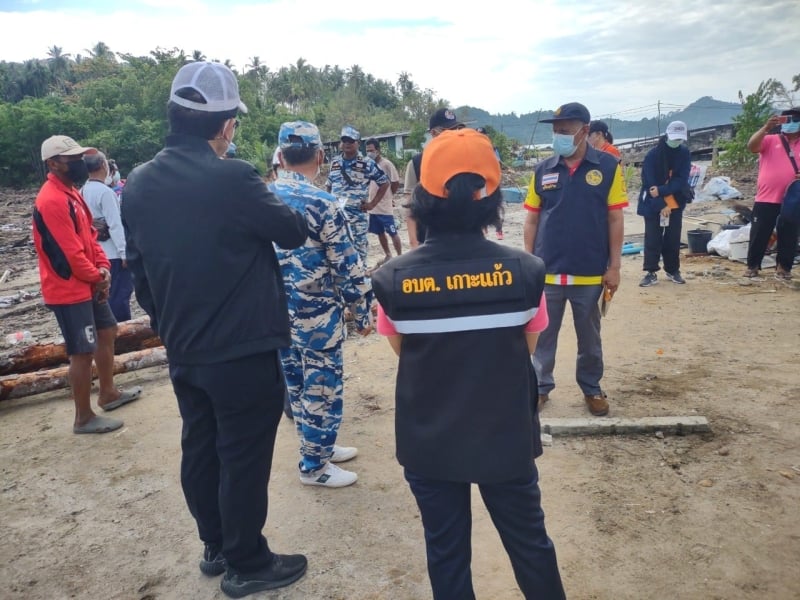 The officers conducted an inspection of the site, in Moo 6, Koh Kaew, on Tuesday (Jan 25). The report of the inspection was posted publicly last night (Jan 28). The investigation was branded as “according to proactive protection policy”.

Also joining the team of investigators were operations officers from the Phuket branch of the Internal Security Operations Command (Isoc), the political arm of the Thai Armed Forces.

The investigation was launched after a “whistleblower” had reported the clearing of the mangroves, which are protected by Thai law, noted a report of the investigation on Tuesday, Mr Suksan explained.

Special permission from the Cabinet must first be given before any mangroves in Thailand may be cleared legally, even for government projects.

The preliminary field visits confirmed that ​​approximately three rai of land had been cleared. The site is surrounded by mangroves. Remains of mangroves removed in the clearing of the land were found at the site.

“If the area does not have a document of rights, the Phuket Mangrove Forest Resources Management Center will continue to take legal action against those who cleared the area to make use of it,” the agency reported.

“In this regard, the Director of the NACC Office in Phuket instructs relevant agencies to perform their duties in accordance with their powers and duties and provide fairness to all parties,” Mr Susan said in his report.

“If there is an intrusion [onto a protected mangrove area], the intruder must be prosecuted and government officials must be charged with neglect of duty,” he said.

“This visit is intended to monitor the prevention of corruption in the area and encourage relevant agencies to perform their duties in accordance with the law,” he added.