Conte and Bielsa’s futures on the line, Eriksen set for Brentford bow

Conte and Bielsa’s futures on the line, Eriksen set for Brentford bow

FOOTBALL: Tottenham end a rollercoaster week with a visit to Leeds tomorrow (Feb 26) that could seal the fate of either manager with Spurs boss Antonio Conte hinting he could quit after just four months in the job. 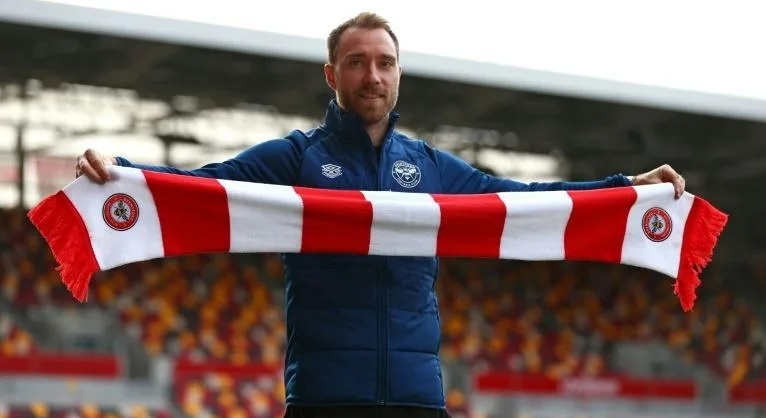 Spurs had seemingly revitalised their bid for a top-four finish and a return to the Champions League with a stunning 95th minute goal from Harry Kane to beat leaders Manchester City 3-2 last weekend.

But they followed up that success by losing 1-0 at Burnley - their fourth defeat in five league games.

“The situation is unacceptable. To lose four games in five for Tottenham has to be a disaster,” said Conte, whose side sit eighth in the table. “It’s right to make an assessment with the club.

“The situation is going down and I think our fans don’t deserve this situation. I’m too honest to close my eyes and continue in this way.

“If the problem is the coach, I’m ready to go to help the club. I don’t want money, I’m too honest. We have to do something because if we continue in this way the situation is not going to improve.”

Spurs’ latest failure was just as much of a blow to Leeds in their battle to beat the drop.

Burnley’s second consecutive win, while Leeds were being hammered 6-0 by Liverpool on Wednesday, closed the gap between Marcelo Bielsa’s men and the bottom three to just three points.

“We are fighting relegation,” said Bielsa. “Of course it worries me, how is it not going to?”

Leeds have conceded a league-high 56 goals in 25 games.

Bielsa has been feted with God-like status in Yorkshire for ending Leeds’ 16-year exile from the top flight.

But there is increasing evidence that his fourth season may be his last at Elland Road and that a change of manager may even be needed to stem the slump towards the relegation zone.

Brentford have also been dragged into the relegation battle by a seven-game winless run in which they have picked up just one point.

But the Bees could have the boost of calling on Christian Eriksen for tomorrow’s vital clash with Newcastle as the Dane nears his return.

Eriksen has not played a competitive match since suffering a cardiac arrest at Euro 2020 in June.

The 30-year-old, who joined the London club as a free agent in January following his release from Inter Milan, has stepped up his fitness by playing in behind closed doors friendlies in recent weeks

“He’s in a good place so we aim for Newcastle,” said Brentford boss Thomas Frank.

Eriksen’s emotional comeback adds extra intrigue to a game of big significance at the bottom.

A six-game unbeaten run has taken Newcastle out of the bottom three as they have been boosted by the first signings made by the Saudi sovereign wealth fund in January.

However, they are just two points ahead of Burnley in 18th having played a game more.

Brentford have a four-point cushion over the bottom three, but have played three games more than Burnley.

Everton are also mired in the relegation dog fight and have the toughest task of all this weekend when they face City fresh from their first league defeat since October.

The champions’ lead at the top of the table has been cut to three points by Liverpool, who also edged ahead of Pep Guardiola’s men on goal difference with their thrashing of Leeds.

Liverpool are in League Cup final action this weekend as they face Chelsea at Wembley, handing City the chance to extend their advantage to six points once more at Goodison Park.

“City play, I don’t know quite who, but they will probably win this game then it is six points again before we play the next league game,” said Liverpool boss Jurgen Klopp, who does not hold out much hope for a favour from his Merseyside rivals.