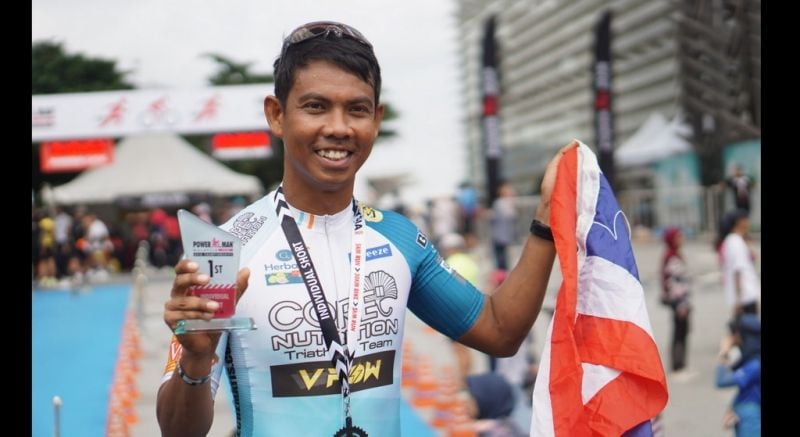 Ricky celebrates his win. Photo: The Sport Association of Phuket Ricky (right) and student Thawatchai Aemaot show off their medals. Photo: The Sport Association of Phuket

Ricky, who coaches and is based out of Blue Tree Phuket, was competing in the short-distance race which comprised a 5km run, a 30km cycle and another 5km run and managed to secure the gold medal with a fine display across all 3 disciplines.

The event, which took place between Oct 28-30, saw over 3,000 athletes involved. The Powerman Asia Championship is considered Asia’s largest and most prestigious duathlon event, which was awarded the Best Duathlon Race in the 2019 Best Races awards by online triathlon magazine AsiaTRI.

There was further reason for celebration as Thawatchai Aemaot (aka Gift), a young local Phuket-based athlete who is trained by coach Ricky, finished in third-place in his age grouping for the short-distance race, his first ever podium finish.