Cities on the move: Countries that relocated their capitals and the reasons why

Cities on the move: Countries that relocated their capitals and the reasons why

Since World War I, the world has seen a country move its capital every five or six years. From Ka­zakhstan to Pakistan to Nigeria; for political gain, for environ­mental protection, for better, for worse. There’s something oddly fascinating and dramatic about the idea of capital moves, although they aren’t particularly uncommon. The burden on megalopolis Jakarta is now "too heavy". Photo Tom Fisk / Pexels 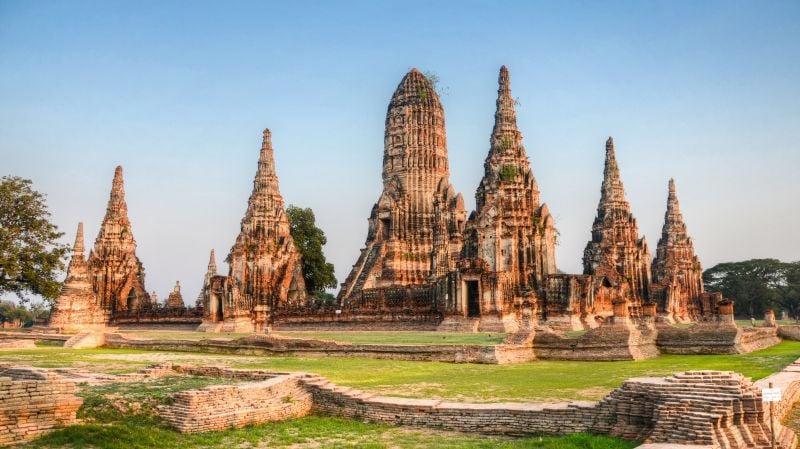 Just last week, Indonesian Presi­dent Joko Widodo announced that the country is on the cusp of making the big move and shifting its political heart away from congested and sinking mega­lopolis Jakarta, an idea initially floated by the country’s founding father Sukar­no more than half a century ago.

So why do countries move their capital cities? In Indonesia’s case, the burden on Jakarta as the centre of gov­ernance, business, finance, trade and services is “too heavy” and the city is suffering pollution, traffic congestion and subsidence as a result.

Decades of uncontrolled and excessive depletion of groundwater reserves, rising sea-levels and increasingly volatile weather pat­terns mean swathes of the city have started to disappear in what is one of the fastest-sinking cities on Earth. With existing environmental measures having little impact, there isn’t much choice but to take drastic action and shift the capital entirely.

The proposed location for the new In­donesian capital is a yet-to-be-built city on Borneo island, near Balikpapan and Samarinda. The area is at minimal risk of natural disasters, the government al­ready owns some 445,000 acres of land there and it’s at the centre of Indonesia, close to urban areas, said President Widodo in justification of the move. Relocation is set to start from 2024, if approved by parliament.

The motives behind President Wido­do’s decision seem clear; however, this isn’t always the case. Myanmar’s capi­tal shift from Yangon to Nay Pyi Taw in the mid-2000s remains shrouded in mystery. The country moved the seat of government some 370 kilometres north, a decision driven by military rule. The information minister at the time, Kyaw Hsan, justified it as a strategic move, its central location and transport network allowing the govern­ment quick and easy access to other parts of the country.

However, analysts both inside and outside the country were unconvinced. Some suggested that leaders feared foreign invasion. Other believed they wanted to suppress political dissent and monitor ethnic minorities in the Shan, Chin and Karen states. Credence has even been given to the idea that fortune tellers advised them to move.

Whatever the reason, the sprawling city of Nay Pyi Taw, which has almost six times the land area of New York, re­mains sparsely populated with 900,000 residents compared to Yangon’s 4.4 mil­lion. Its 20-lane highway, glitzy shop­ping malls and luxurious hotels are often entirely empty, lending the city an almost post-apocalyptic feel.

Brazil, on the other hand, saw great­er success when the government shifted its capital from Rio de Janeiro to Bra­silia. Although the country’s Constitu­tion mandated the move inland in 1891, the wheels weren’t put in motion until 1956. The reason for the move? Poor design of Rio de Janeiro at the time was slowing government work; ministries and other offices were located far from each other and officials faced heavy traffic when travelling between them.

To ensure the new capital wouldn’t suffer the same fate, a team of archi­tects, engineers and city planners spent four years building Brasilia, neatly organising it into numbered blocks and areas for different employment sectors. The city experienced rapid growth after its birth in 1960, and was designated as a UNESCO World Heritage Site in 1987 in recognition of its large-scale modernist architecture and impeccable planning.

This wasn’t the first time Brazil shifted cities. Salvador was the coun­try’s first capital – a port city used in the slave trade and for exporting sug­arcane – but as gold began to drive the economy, it was moved to the mining region of Rio de Janeiro in 1763.

And in a bizarre historical anomaly, Rio de Janeiro went on to serve as the capital of Portugal between 1808 and 1821 after Napoleonic forces invaded Lisbon and the royal family fled to Bra­zil, then a Portuguese colony.

Thailand, too, has had a number of capital cities, namely Sukhothai (from approximately 1238-1378); Ayutthaya (1350-1767); Thonburi (1767-1782); and now Bangkok. Before Sukhothai, there was no unified country or Kingdom of Thailand in the way we understand it today; instead, it was a series of sepa­rate kingdoms. The formation of capital cities helped put Thailand – then Siam – on the map.

Ayutthaya is the former capital that seems to have stuck in the public consciousness the most, perhaps on ac­count of its dramatic rise and fall. The capital grew to become one of the larg­est trading hubs in Asia and had with in excess of a million inhabitants, but a Burmese siege in 1767 saw its infra­structure burned to the ground and its residents massacred.

Palace, temple and statue ruins remain in a historical park which was designated as a UNESCO World Herit­age Site in 1991, telling the story of this once prosperous city.

Sukhothai’s ruins are also UNE­SCO-protected. In its heyday, the city was one of the largest centres of Bud­dhism in the world. It made huge ad­vancements in art and architecture and is even credited as the birthplace of the earliest Thai script. But Sukhothai’s population and cultural significance diminished significantly after the city was absorbed by Ayutthaya in 1378, and it was largely abandoned. It would be some 450 years until the city was re­discovered by the future King Rama IV.

That’s not to say that former capitals are destined to fall to ruins or tumble­weed wasteland. Jakarta will remain a megacity for as long as Mother Nature allows; tourists still choose Yangon over Nay Pyi Taw; and Rio de Janeiro is arguably as vibrant as it’s ever been. Whatever the fate of a former capital, there’s sure to be an interesting tale, or conspiracy, behind it.