After outperforming thousands of other contenders, Phuket teenager Tangton “TT” Prattranasanti last month made it to the final 18 of the LAZiCON (“Lazada Icon”) national talent quest to identify five young men to launch Thailand’s latest “boy band”. Here, TT, just 18 years old, talks with The Phuket News about what it took to make it through such a contest, and what his plans are for chasing his dream of being a star. 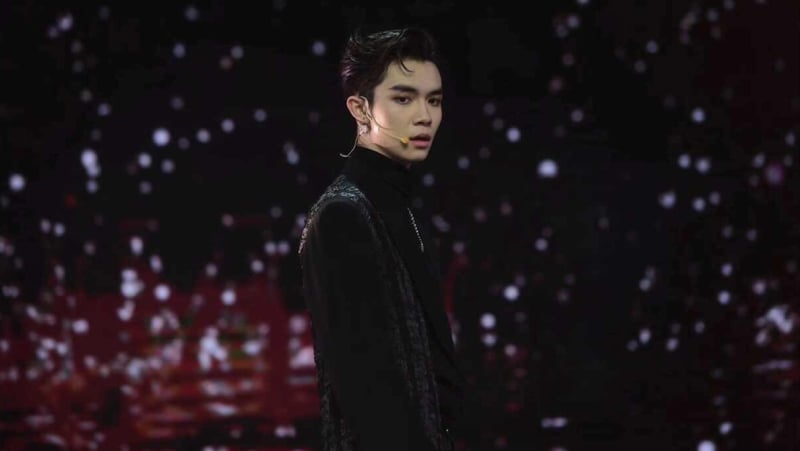 Where did you grow up?

I was born in Bangkok, however, I moved to Phuket when I was really young and grew up here. I went to Kajonkiet English Program from kindergarten to primary 6. After I graduated primary school, I moved to Headstart and have been here since.

What inspired you to enter the contest?

To be honest I was really demotivated when I had to make the decision. I was in another show prior to LAZiCON but didn’t make it through. I felt disappointed and I didn’t want to do anything.

However, I quickly realised that I couldn’t be like this and needed to get up and do something. It was a tough decision to make, I had very little time to make the decision.

I think what truly inspired me was the drive to improve myself. I felt like I’d been stuck in my comfort zone for too long ‒ just sitting in my room watching series and live performances of artists ‒ and I needed a push. I realised that if I wanted to perform like them I can’t just be sitting like that so I took the opportunity and chased my dream.

What talents were you already confident in?

I grew up dancing, so dancing had to be what I’m most confident in. However, after being on stage for a few times I quickly realised that the most important talent was confidence. Luckily I’m  fairly self confident so that paid out and helped me a lot on stage. Being confident on stage will help you deliver what you are trying to convey to the audiences more effectively; making you a great performer.

What was it like to be in the final round?

I did feel a lot of pressure. If you kept up with the show you would know that only 15 people got into the finals from voting and I wasn’t one of them. However, there was a resurrection stage and I was one of the 15 people who got another shot at coming back. Out of the 15 they chose three to join the other 15 who were already in the finals, making it a final 18. I was the last person to get the final “ticket” from the judges. There was definitely a lot of pressure performing the final stage since I felt like this was another chance for me to prove myself and show what I can do.

What is the most challenging part of the contest?

Prior to the show itself it was adapting to a completely new environment. I had to live in Bangkok for five to six months meeting completely new people. That wasn’t a problem since everyone was very friendly and welcoming. What I faced and found most challenging was delivering the message to the audience. When performing you want the audience to feel what you are trying to deliver but I felt like I didn’t do a good job at that in the first few stages but luckily I improved later on.

Now the contest is over, what are your plans for the future?

Right now I really want to improve on my skills, whether that’s singing, dancing, acting, etc, so when the time comes when I’m offered a new opportunity I’m ready for it.

I’m fairly new to the industry and have a lot more to learn. LAZiCON opened me up to various new opportunities and I want to take them and do my best at it.

Plans for the short term would be to manage my time between university and work in the entertainment industry simultaneously. I recently got accepted to study Economics at Chulalongkorn University so I want to do my best at that. As for the long term, I want to keep improving and really exceed at what I’m passionate about, which is to be a great artist.

Do you have any messages for your supporters here in Phuket?

I want to say thank you. I can’t express enough how thankful I am. Thank you for the votes and the support and I hope to have your support for my future work as well. It’s an honour to be here and I really hope that my story will inspire others to follow their passion.