PHUKET:  The budget for the 156-bed inpatient wing at Chalong Hospital has been approved and the new building is expected to be complete and open to patients in 2022, Deputy Health Minister Satit Pituthecha announced today (Nov 2). 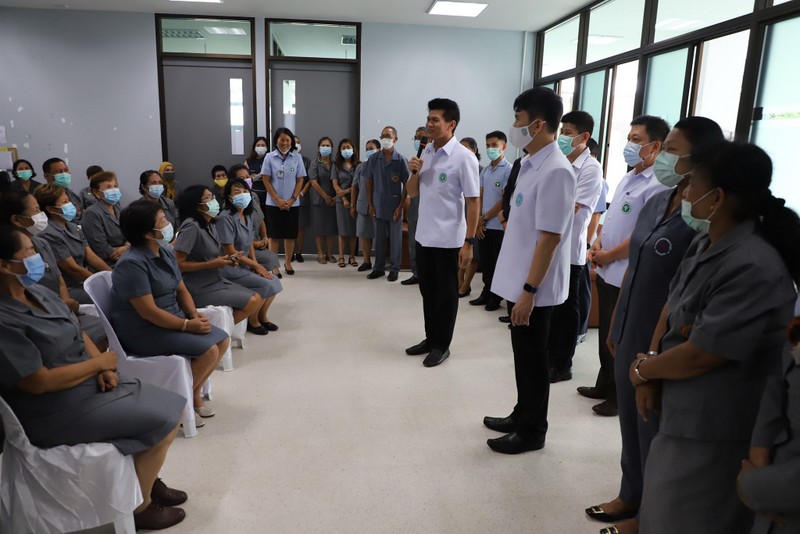 Construction of the B153 million wing was delayed due to the COVID-19 crisis, Mr Satit explained during an inspection visit to the hospital this morning.

“We have accelerated the plan, and will begin construction soon,” he said.

Although the hospital has been built beside the longstanding Chalong Health Promoting Hospital, which for decades served the local community as the local government medical centre, Mr Sathit today said that the hospital originally opened with the B3mn two-storey emergency accident building, which opened on Dec 28, 2015.

Chalong Hospital for the past two years has been operating with 30 temporary inpatient beds, with serious cases transferred to Vachira hospital in Phuket Town, Mr Satit explained.

That will change with the addition of the new 156-bed inpatient wing, he said.

“The 156-bed inpatient building has been allocated a budget of B153,400,800 under the budget for the fiscal year 2020. Construction is expected to be completed and the building open to provide treatment in 2022,” Mr Satit added.

“In addition, the Put Cho Shrine [in Phuket Town] has already provided the budget for the construction of a two-storey X-ray building (Building 4) and bought the equipment for providing general X-rays and computerized x-ray (CT scan) through a donation in the amount of B14.4mn,” Mr Satit said.