BANGKOK: The Cabinet on Tuesday approved B1.9-trillion spending to help people and businesses affected by the COVID-19 outbreak, including B600 billion for six-month cash giveaways and B500bn soft loans for small and medium-sized businesses. 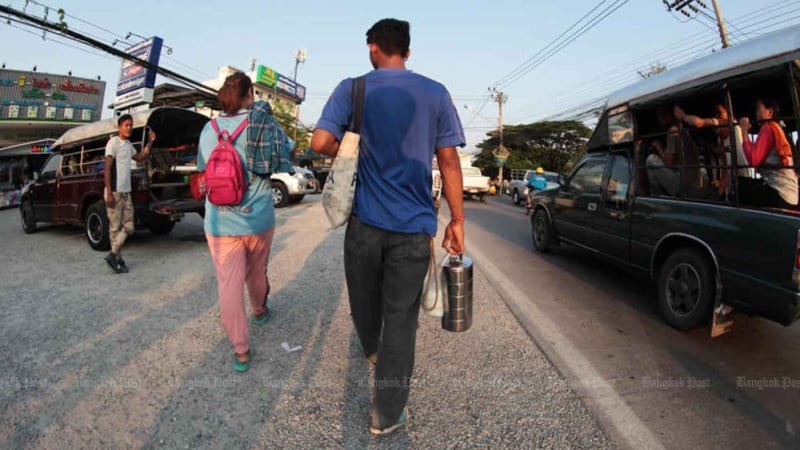 Wage-earners prepare for daily work in Min Buri district, Bangkok. The government on Tuesday planned to spend B1.9 trillion to help people and businesses affected by the virus outbreak. Photo: Bangkok Post / file

The package, the third phase of the stimulus programme to shore up the economy, will be backed by three executive decrees.

The first decree will allow the government to borrow B1trn from May this year to September next year.

Of the amount, B600bn will go to implementing health-related plans and giving financial aid to affected people. This includes the B5,000 monthly handouts to an estimated 9 million self-employed and laid-off people affected by the outbreak, which will be extended to six months from three previously.

The portion also includes financial aid for farmers which has yet to be announced.

The remaining B400bn will go to economic and social rehabilitation through projects aimed at creating jobs, strengthening communities and building commuity infrastructure.

Another executive decree will allow the Bank of Thailand to extend B500bn soft loans with a 2% annual interest rate to SMEs, with a credit line not more than B500mn each.

Commercial banks and specialised financial institutions will also give SMEs with a credit line not more than B100mn each a six-month debt moratorium on both principal and interest.

The other executive decree will stabilise the financial market by setting up the B400bn Corporate Bond Liquidity Stabilization Fund (BSF) in which the central bank can buy corporate bonds to keep liquidity flowing.

In addition to the three decrees, Prime Minister Prayut Chan-o-cha said the Cabinet approved a bill on the redistribution of B3.2trn budget to be sent it to the House and Senate for approval when Parliament reopens in early June.

He said the fiscal 2020 budget of each ministry would be trimmed and the proceeds, expected at B80-100bn, would also be used for the relief.