PHUKET: The Ministry of Public Health (MoPH) has announced that Cabinet has approved mandatory health insurance as a new requirement for all foreigners staying in the country on one-year Non-Immigrant O-A “visas”, or “permits-to-stay” - better known simply as ’retirement visas’.

healthimmigrationeconomics
By The Phuket News 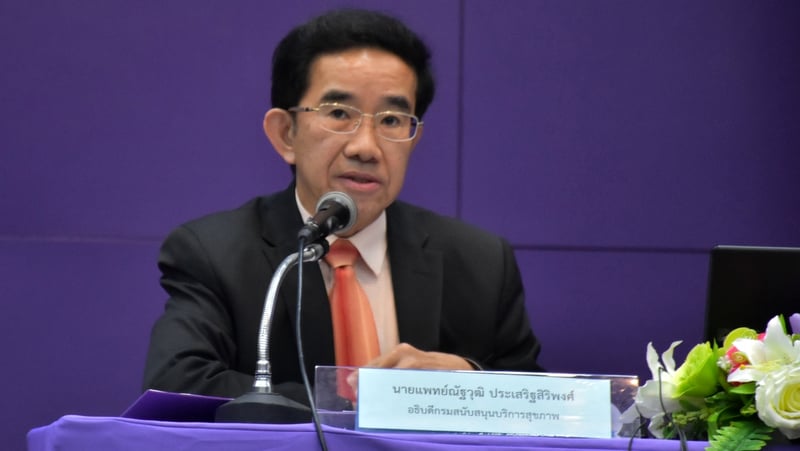 UPDATE: Phuket Immigration Chief Col Kathathorn Kumthieng confirmed to The Phuket News today (May 14) that he has been informed of the new requirement but that he has yet to receive an order for his office to start applying it when processing applications for one-year Non-Immigrant O-A permits-to-stay.

Dr Natthawut Prasertsiripong, Chief of the MoPH Department of Health Service Support, following his announcement last Wednesday (May 8) confirmed that the Cabinet approved the new requirement on April 2. (See here.)

The new requirement applies to all foreigners aged 50 or older,” he added.

The requirement applies to all new applicants for one-year non-immigrant O-A visas, and for those applying to “renew” their one-year permits-to-stay, he said.

Dr Nutthawut explained that the move was a joint policy decision by the MoPH, the Ministry of Foreign Affiars and the Immigration Bureau.

“The Office of the Insurance Commission (OIC, see here) has also supported the move by working with private insurance providers to develop and offer appropriate policies,” he said.

“The government has found that foreigners who are in their elder years staying on this type of visa have more health issues than other foreigners staying on other types of visas,’ Dr Nutthawut said.

“More than that, this is to protect the Ministry of Public Health, which is forced to pay for medical care for foreigners who do not have the funds to pay for their hospital bills,” he added.

The policies are being offered through a special website set up at longstay.tgia.org.

If a foreigner already has insurance provided by an agent overseas, the policy must provide the same amount of coverage, Dr Nutthawut said.

“I have to talk with consular officials on the process of checking that overseas policies are valid,” he said

Dr Nutthawut also explained that consideration is being made for foreigners whose health risks are considered by private insurance companies as too high to offer coverage.

“The relevant authorities might consider requiring them to have higher deposits in bank accounts so as to make sure that they have enough to live on during their stay in the Kingdom of Thailand,” he said.

The news comes as the Tourism Authority of Thailand (TAT) last month signed a memorandum of understanding with three leading insurance companies to provide an insurance policy, Thailand Travel Shield, for foreign tourists.

The insurance plan, an online insurance package, provides coverage of up to B2 million with premiums starting from B400 per trip, up to seven days, and can be bought online by new arrivals to the country.(See story here.)