PHUKET: It has been confirmed this afternoon that a number of bodies have been seen inside the sunken ‘Phoenix’ dive boat which overturned and sunk in a storm off Phuket yesterday afternoon with 105 passengers on board.

accidentsChinesemarinetourismtransportweatherSafetydeathmilitary
By The Phuket News 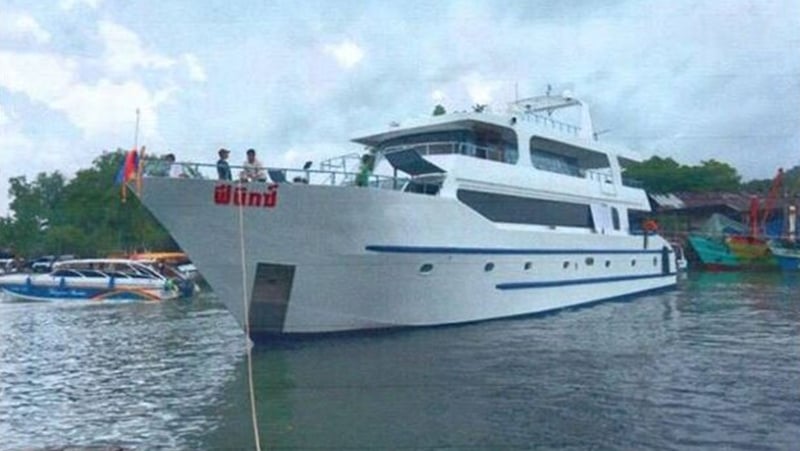 A report issued by AFP today (July 6) quotes Rear Admiral Charoenphon Khumrase as saying that divers had “seen over 10 bodies” floating inside the vessel.

“In a grisly development, divers reported seeing ‘over 10 bodies’ floating inside the hull of the submerged boat, according to Thai navy Rear Admiral Charoenphon Khumrasee, who said they would try to retrieve them later Friday,” the AFP report says.

Meanwhile the Phuket Public Relations department have confirmed that 21 bodies have been recovered from the area surrounding where the Phoenix sunk.

Their latest report states that a further 35 people are still missing.

They once again confirmed that that 105 people, including tourists and crew members, were on board Phoenix when it sunk close to Koh Hei at around 4pm yesterday.

A second vessel, Serenata, sunk close to Mai Thon Island with 42 people on board, including tourists and crew members.

It was confirmed that all those on board Serenata had been rescued.

However, regarding Phoenix, which was carrying 93 tourists and 12 guides, rescue workers rescued 49 people shortly after the incident which left 56 people missing.

Gov Norraphat confirmed that 21 bodies had been recovered from the sea today and that 35 people are still being searched for.

Governor Norraphat said that the main focus of the ongoing rescue operation is an 10 kilometres radius of where Phoenix sunk and that a search by air and sea will continue until all the missing people are found.

Meanwhile, Deputy Prime Minister Prawit Wongsuwon has ordered an investigation into why “the boat went to sea” despite a weather warning of strong wind, according to an AFP report.