Blazing Saddles: How jumping in the saddle can take our love lives up a gear

Blazing Saddles: How jumping in the saddle can take our love lives up a gear

Ask any advertising executive and they’ll tell you that using the words “sex or sexy” in an article will increase an ad’s readership by almost 100%. In fact, the article you are now perusing could well become the most widely-read in the long-running Blazing Saddles series, and you may well be one of many who has never previously read a Blazing Saddles article and indeed has very lit­tle interest in cycling! 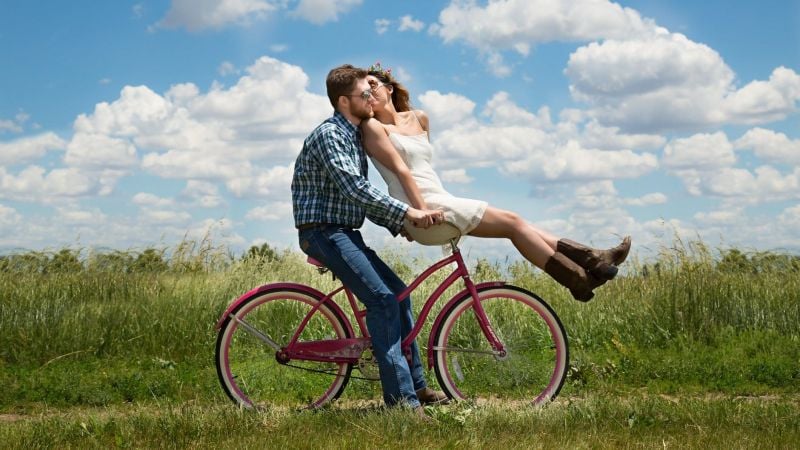 The truth is that we as a species are incredibly interested in sex, most certainly for its zesty bodily pleasures, not to mention its tangential role in the continuation of our species. An im­mense body of scientific research exists underlining how good the simple act of pedalling about on a bicycle is for your bedroom athletics, and this is in addi­tion to the obvious sensual benefits of wearing bottom-hugging sweaty Lycra next to your panting body!

In Phuket, as is the case worldwide, cycling is rapidly growing in popular­ity, partly because of the multitude of physical, mental, social and environ­mental benefits it confers. In addition, our ‘naughty bits’ also respond very positively to regular cycling, particu­larly long distance aerobic work and intense interval training and sprints.

Research from the British Heart Foundation sampling 600 men and women found that 25% would rather date a cyclist than any other athlete!

The UK Cycle Scheme survey into the impact of cycling on sex reported that 79% of respondents claimed that cycling home from work put them in a good mood for their partner, while 66% thought that their relationships im­proved as a result of cycling, and 39% said commuting by bike gave them more energy which also improved their sex life.

“Both are proven benefits for healthy sexual function. Cycling has been shown to be an ideal low-impact means of addressing the issues linked to sexual dysfunction, especially among men approaching, or in, middle age.”

Indeed, it’s the aerobic benefits and the boost to blood flow that’s been shown to make cycling a sexual en­hancer for many.

In Italy, where a healthy interest in sex and an enthusiastic cycling culture make it an ideal place for such studies, the Lancisi Heart Institute in Ancona revealed how cycling acts as a sex aid. In trials comparing 30 men experienc­ing sexual dysfunction linked to weak heart muscles, they demonstrated that by cycling three times a week for eight weeks, those weak-hearted patients underwent a major transformation.

The men in question not only re­corded improved oxygen uptake and blood flow, but in response to question­naires, their wives and partners said that they exhibited improved sexual performance too.

Regular cycling also helps manage our production of stress hormones – those fight-or-flight chemicals such as adrenaline and cortisol – which, when released, can hamper sexual arousal. Cycling is also associated with a de­crease in depression and improved mood and happiness, all factors lead­ing to increased motivation and capac­ity for bedroom gymnastics!

With so many health benefits asso­ciated with cycling, why isn’t everyone doing it? Well, there are concerns that long sessions in the saddle may cause numbness of the genitals, inflamma­tion and bruising. However, recent findings of a University of London study into the impact of long-term cycling on erectile dysfunction or infer­tility concluded that the many health benefits far outweighed any potential health risks.

All this is true with the strong ca­veat, most certainly applicable in the Phuket context, that you don’t have an accident while out cycling.

Happy and safe sex and cycling to you all!