PHUKET: A collision between a Harley Davidson big bike and a truck early this morning (Nov 3) has resulted in a foreign man losing his life. 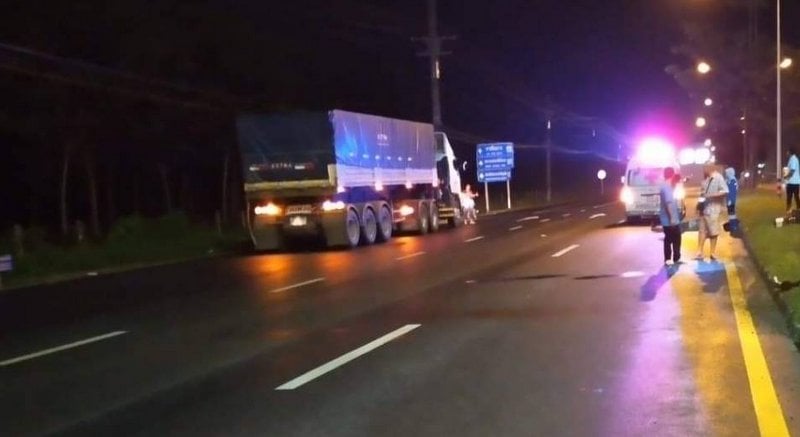 The collision occurred in front of the Thalang branch of the Bank for Agriculture and Agricultural Cooperatives (BAAC) on Thepkrasattri Rd just after midnight.

Capt Wichit Nokkaew of the Thalang Police was called to the scene at approximately 12:10am and was joined shortly afterwards by emergency services workers from Thalang Hospital and Kusoldharm rescue workers.

On arrival they discovered the body of a man lying on the road. He had suffered serious head injuries, a broken left ankle and significant bruising to much of his body.

Not far from the body lay a Harley Davidson big bike while a white Phuket-registered trailer truck was parked on the roadside.

From the initial investigation, police were informed that the truck was u-turning when the bike, travelling at high speed, hit the truck which resulted in the fatal collision.

Specific details on the deceased such as his nationality, age and location of death were not released at time of press by the police handling the case.