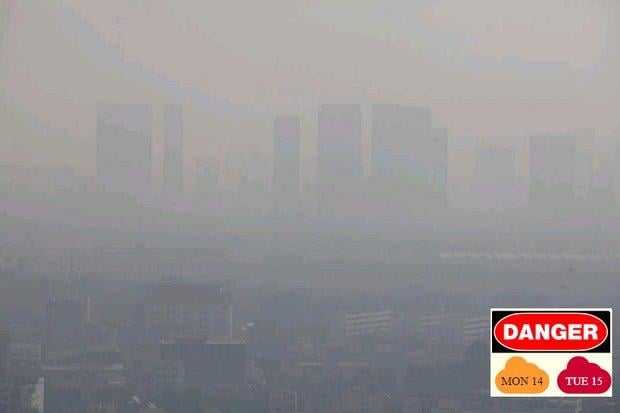 Thick haze blankets Bangkok’s Bang Son area Sunday morning (Jan 13). The city’s air quality was rated as ’having a negative impact on health’ - and on Tuesday it will probably get worse. Photo: Bangkok Post

Several parts of the capital, particularly at Suvarnabhumi airport, were shrouded in haze Sunday morning (Jan 13), as depicted in photos posted on the social media.

At one point at 10.30am Sunday, Greenpeace Thailand tweeted that Bangkok ranked the ninth worst city on Earth for air quality, citing a ranking by www.airvisual.com which updates around the clock. The city with the worst air quality was New Delhi.

A 35-second dashcam video of a drive towards Bangkok Sunday morning illustrated the smog dramatically.