GOLF: Teenage star Atthaya Thitikul cruised to a five-shot victory at the B1 million Phoenix Ladies Classic in Pattaya on Sunday (Mar 28). 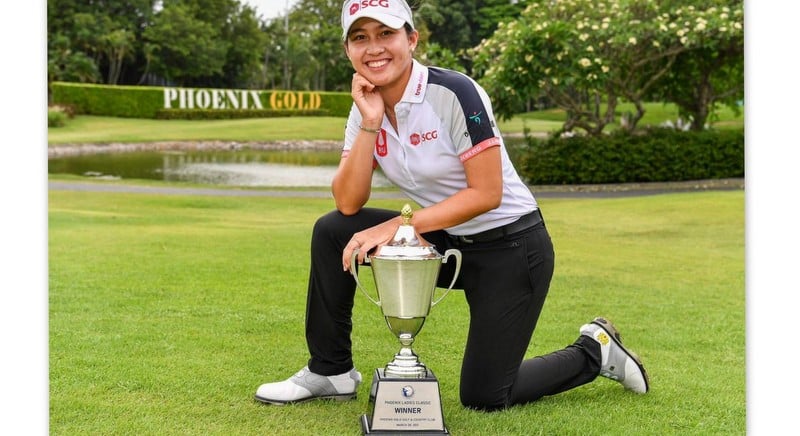 The 18-year-old star, who held a six-shot advantage after two rounds, closed with a three-under-par 69 to win on 15-under 201 at the Phoenix Gold Golf & Country Club.

It was also her third win at the course where she won the Ladies European Tour Thailand Championship as an amateur in 2017 and 2019.

“This win is special because I can take the winner’s cheque now,” said Atthaya, who could not claim prize money for her previous wins at this course due to her amateur status.

“Every golfer has his or her favourite course and I think this one is my favourite and it suits my game.”

She added that she learned a lot during the event, especially the way to adjust her game after poor starts.

“I did not play well on the front nine throughout the tournament, but managed to bounce back through my short game,” she said.

Atthaya added that domestic tournaments were like training grounds for her to hone her skills before playing abroad.