PHUKET: About 700 people gathered at Suan Luang yesterday (Oct 18) to stage their own anti-government rally in support of the protests held in Bangkok over the weekend. 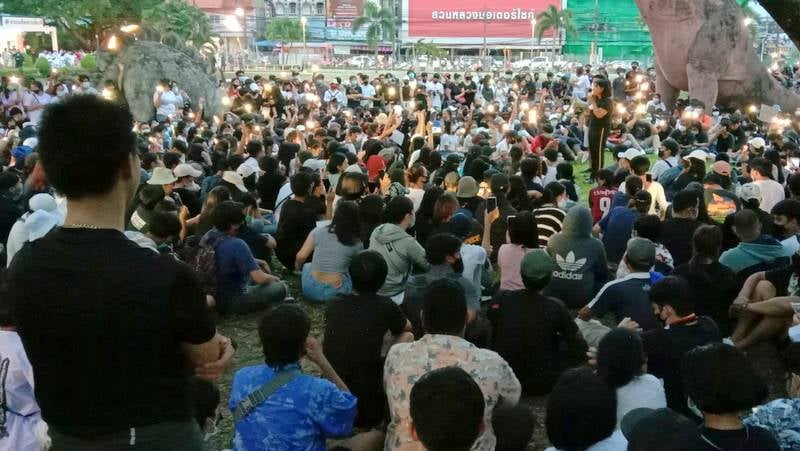 The rally, which began at 4pm and concluded at 6:30pm, was held as other similar rallies were held in some 18 other provinces throughout the country.

Organisers of the Phuket rally peacefully spoke openly, but kept their speeches focussed on democratic rights and freedoms and the state of the economy.

Police and members of the Territorial Defense Volunteers (OrSor) were present, but no incidents of physical conflict arose.

At about 6:10pm, while the protesters were together shouting ‘Prime Minister Prayuth Chan-o-cha get out’, one man arrived and started swearing at the crowd.

Police quickly stepped in and removed the man to prevent the incident escalating.

At 6:30pm, the protesters disbanded peacefully and left the site.