PHUKET: An alleged robbery at a condominium in Nai Harn on Monday (Jan 15) left a Russian couple without various valuables including Bitcoins worth over B3.5 million. 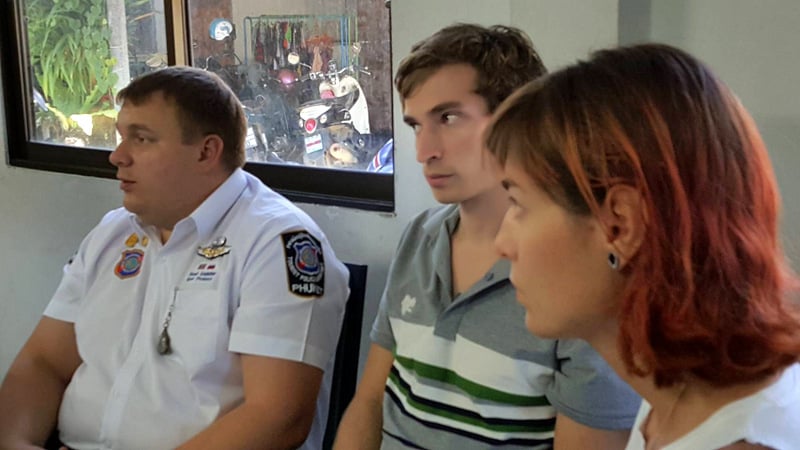 Police inspected the condo the condo project and the couple's apartment during their investigation. Photo: Eakkapop Thontub 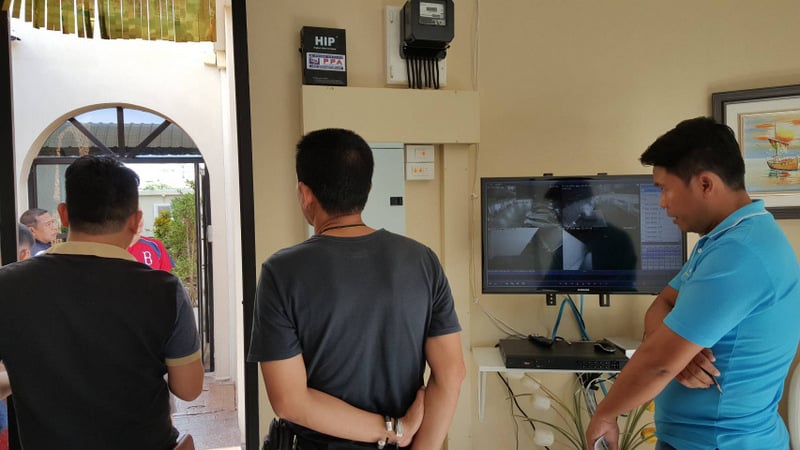 Police were unable to identify the suspects through the condo project's security CCTV. Photo: Eakkapop Thongtub The couple reported the alleged robbery to Lt Chanat Hongsuttichaikun of the Chalong Police yesterday (Jan 17).

It was reported that the condo unit belonged to Russian nationals Maxim Lastovka, 27, and his partner Anna Nikulina, 22.

Lt Chanat said, “It is alleged that suspects broke into the unit at The Lago Naiharn Beach on Monday and that they stole items including a MacBook, MacBook Pro, HP notebook, iPhone X, at least one Visa credit card issued in Russia, two passports and the equivalent of about US$100,000 in Bitcoins.

“We were told that as Mr Lastovka and his girlfriend were walking back to their condo unit a group of suspects, who were gathered near an electric control panel inside the building, approached the couple and forced Mr Lastovka to open his room.

“The suspects then used a black bag to cover Mr Lastovka’s head and separated him from his girlfriend. The suspects forced the couple to tell them where they kept their valuables,” Lt Chanat explained.

“Bitcoins valued at over B3.5mn were transferred,” he said.

“The suspects then proceeded to take the couple’s valuables while threatening them not to report the robbery to police.

“They were told if they did report the incident to police they would inject drugs into the couple,” Lt Chanat added.

“The suspects detained the couple for more than six hours before speeding away.

“Mr Lastovka was afraid to tell police. However, they then met with Phuket Tourist Police volunteer Igor Protasov and told him their story. He then brought them to Chalong Police Station.

“Mr Lastovka was able to recognise one of suspects as he had seen him before,” Lt Chanat noted.

“We’re still in the process of trying to find a clear CCTV footage of the suspects,” Lt Chanat said.

“We have some footage that is potentially of the suspects, but it is from from the outside of the building. They appear very briefly, flashing in and out of view, so it is uncertain at this point,” he added.

“The suspects might be Russians as they have followed Mr Lastovka and his girlfriend. They also knew about Bitcoins the couple had.

“We are investigating the incident and have contacted Immigration Police to track down the suspects in order to bring them to face legal action,” Lt Chanat concluded.