BANGKOK: The Department of Disease Control (DDC) plans to impose compulsory measures for all inbound arrivals, including notifying personal information and contact information such as mobile phone numbers and email addresses as part of steps to control the Covid-19 outbreak 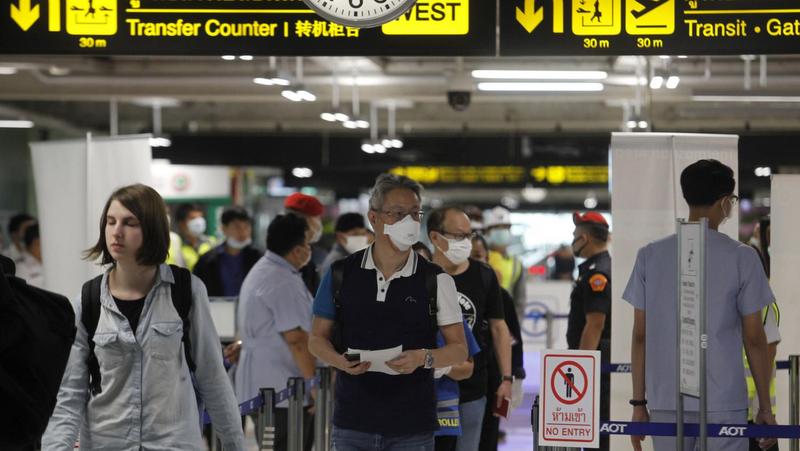 The measure will commence on Thursday (Mar 12) and all personal information for inbound tourists will be kept in the system for 14 days after their arrival.

The information can be provided through immigration form TM8 or an application developed by the National Science and Technology Development Agency that can be downloaded from Thursday.

Foreign tourists can continue using their mobile SIM card for phone packages with roaming service, or buy a new SIM card at 49 baht with unlimited internet.

The latest move came yesterday (Mar 10) after an urgent meeting at the office of the National Broadcasting and Telecommunications Commission (NBTC) that included the NBTC secretary-general, the digital economy and society (DES) minister and representatives from the Immigration Police and the DDC.

DES Minister Buddhipongse Punnakanta said the government will ask for cooperation from all inbound tourists to provide personal data and contact details on immigration forms or via the downloaded application.

Immigration officers will check the completeness of the personal data provided on the forms or the app before allowing travellers to pass the immigration counter.

“Please do not call this a tracking system because the state will track them only when critical situations arise, when they need to be monitored to handle the outbreak,” said Mr Buddhipongse.

Inbound tourists who refuse to fill in the personal information will be prohibited from passing through immigration points, according to Section 12(7) of the immigration law.

Paiboon Amonpinyokeat, a cyber legal expert, said using mobile phone tracking is an effective measure and other countries like Singapore rely on the accuracy of GPS in smartphones and cell-site locations that can pinpoint locations precisely.

This measure does not violate privacy as it is in line with public health law because this is a serious epidemic and concerns public safety, he said.

The gathered data can be analysed in the map and used for zoning.

It can be used to alert the DDC when quarantined people are not in their places or informed addresses, sending warnings to other people who might stay nearby.

The measure is also supported by Pawoot Pongvitayapanu, chief executive of Tarad.com, a local e-marketplace.

“The tracking history of the target’s location can help officers pinpoint who is at risk of being infected if they are nearby those targets,” said Mr Pawoot.

The next step is to send SMS alerts to the phones of those who stay near risky individuals, he said.

Warnings, for example, can be sent to people travelling by electric train service when risky people enter the system.

“If I don’t have a duty to come to Thailand, I would not want to visit,” Takashi Ozaki said, referring to the measure.

He said this may not be a bad idea by the government, but he does not want to be monitored.

“If I know I will be monitored I will not visit anywhere,” said Mr Ozaki, who usually visits Thailand one or two times a year.

He said he may opt not to come to Thailand this year as he can wait until the outbreak ends.